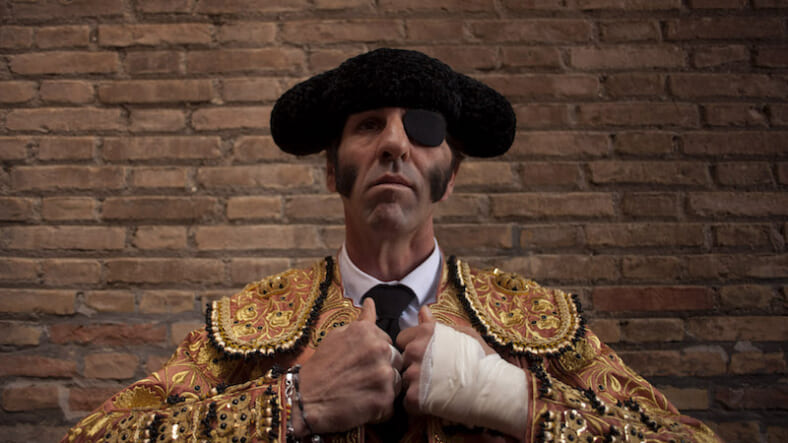 Known as “The Pirate,” Padilla has worn a patch to cover his glass eye since he was maimed by a bull in 2011. At a bullfight in Spain on Saturday, he was gored again. This time, his chest and thigh took the brunt of the damage.

But the most notable moment of the fight came was when the seemingly indestructible Spaniard was tossed in the air, sending his glass eye hurtling skyward, as you can see in the picture below. See that blurry orb next to his head? That’s his goddamn eye.

Somehow, Padilla got up from this and killed the bull. He cut off an ear and took it with him to the hospital.

This is the second time in the past few months that Padilla’s left eye hole has made news. In October, a bull shoved its horn into his empty eye socket.

If you want to see the original goring that led to the removal of his left eye, it’s here. But the video’s not that exciting. The pictures, however, tell the story with clarity.

Good Lord. For more raging bull action, check out the trailer to this Netflix documentary called (what else?) Gored.