The Canelo Alvarez Vs. Triple-G Rematch Is Officially Happening

Boxing’s biggest fight of the year is back on. 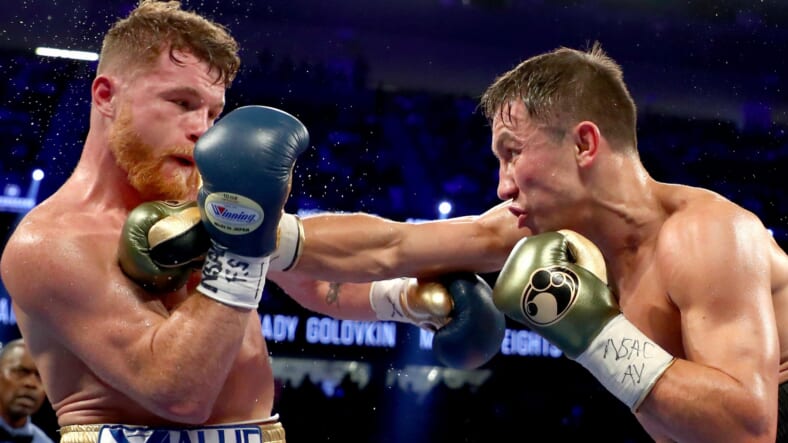 The Canelo Alvarez-Triple G rematch boxing fans have been begging for is officially back on.

After De La Hoya called ESPN to say the deadline had passed and there was no fight, saying that negotiations were “100 percent over,” things suddenly changed and the window for a deal to be finalized had opened a crack. Moments later, one of De La Hoya’s associates called ESPN back.As it turned out, while De La Hoya was on the phone talking to ESPN, what was termed as a “Hail Mary” idea to save the fight was being discussed between Golden Boy president Eric Gomez and others involved in the fight and then communicated to Golovkin’s team. Gomez said he was trying to reach De La Hoya during his interview with ESPN and he was frustrated because he wasn’t answering his phone. But ultimately, Gomez said, “We threw a Hail Mary and it was caught. The fight’s done.”

The hotly anticipated rematch was previously scheduled for May 5 but was cancelled after Alvarez twice tested for a banned substance.

Canelo and Triple G’s first bout generated 1.3 million pay-per-view buys and a $27 million gate. Projections for their sequel are around the $40 million mark.

Fans are already celebrating and placing their bets on which elite boxer will emerge victorious.

GGG KO’s him this time.

You made my day pic.twitter.com/6PtUVtGJc4

So now what? This time Canelo will be the clear winner.#boxingisbogas