The Cavs Remade Their Roster at the Trade Deadline, Upping the Chances LeBron James Heads West

It was a wild day for the NBA. 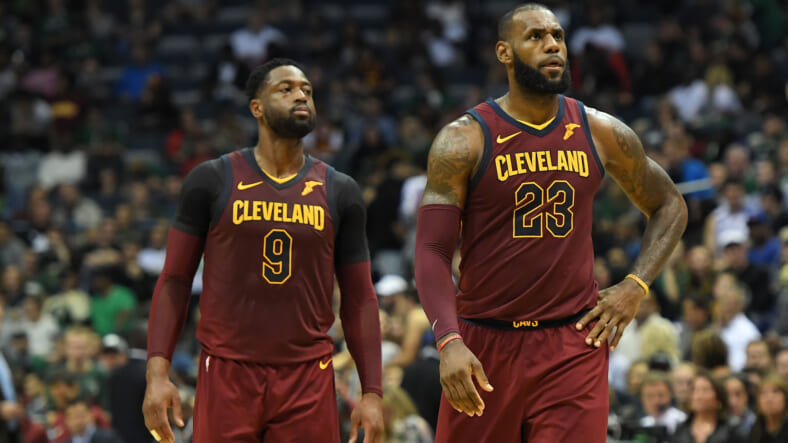 The NBA trade deadline erupted with a flurry of action Thursday afternoon, and it all focused on the Cleveland Cavaliers.

The defending Eastern Conference champs pulled off three trades in quick succession that transformed the team into a younger, more athletic bunch. LeBron James should be happy.

The first and biggest of the three trades shipped Isaiah Thomas and Channing Frye to the Lakers for Jordan Clarkson and Larry Nance Jr. For the second trade, the Cavs pulled off a three-way deal that netted them George Hill and Rodney Hood for Iman Shumpert, Derrick Rose and Jae Crowder. Lastly, the Cavs sent LeBron’s best bud, Dwyane Wade, back to Miami for a future draft pick.

There’s a lot to digest here. The Cavs appear to have improved by getting more athletic and versatile. Even though they sit in third place in the Eastern Conference, they’ve lost 10 of their last 16, making the upgrades more a necessity than a luxury.

They’ve also done a bit of addition by subtraction. Outgoing point guard Isaiah Thomas played in 15 games for the Cavs, which wasn’t much, but it was enough to convince LeBron that he didn’t like playing with the little fella.

But the big story here isn’t so much how this trade affects the rest of this season. It’s about how it affects the summer. In receiving Thomas and Frye, the Lakers now have two players whose salaries will come off the books after this season. That will put them in a position to sign two free agents to maximum contracts.

Of course, there’s no guarantee that LeBron will want out of Cleveland. The Cavs got better on Thursday for this season and for the future. Everyone has been assuming that LeBron will fly west, or south, or east, this summer, but there’s always the chance that he decides to stay put.

Wouldn’t bet on it though.