Wasn’t he making bank on ‘Two and Half Men’? 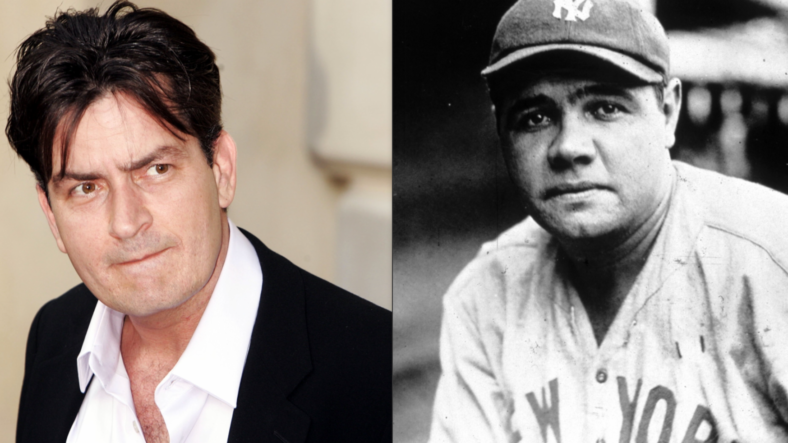 An HIV-stricken Charlie Sheen has resorted to selling two of baseball legend Babe Ruth’s rare possessions worth well over $1 million in the wake of lawsuits related to the disease.

The Major League actor cosigned the Bambino’s 1927 World Series ring and the copy of the 1919 sales contract that traded him from the Boston Red Sox to the New York Yankees to Lelands Auctions. ESPN has further details:

Bidding on the ring has topped $600,000, which will make it the highest-priced sports championship ring ever sold. The high bid on the sale document, which was the copy owned by Yankees owner Jacob Ruppert, has surpassed $400,000. The copy owned by Red Sox owner Harry Frazee sold in 2005 for $996,000.  The items were purchased in the early ’90s, and Sheen said he displayed them in a bar area in his house that he named after the slugger.

Sheen couldn’t recall how much he paid for either Ruth’s items when he bought them from Josh Evans of Lelands, but Evans told ESPN they will bring in some serious cash as they were kept in pristine condition.

Got $260,000 to spend? One of the most famous rings in the history of sports is up for auction. Check the link in our bio to see entire #baseball memorabilia collection from #Lelands. (📷: Babe Ruth's 1927 #WorldSeries Ring) #Yankees #NY #BabeRuth #GOAT

Sheen reportedly cherished both items, and hopes that the buyer appreciates them and shares them with the world.

“I’ve enjoyed these incredible items for more than two decades and the time has come,” Sheen said. “Whatever price it brings is gravy.”