Seems they didn’t “paws” to consider what they were doing. 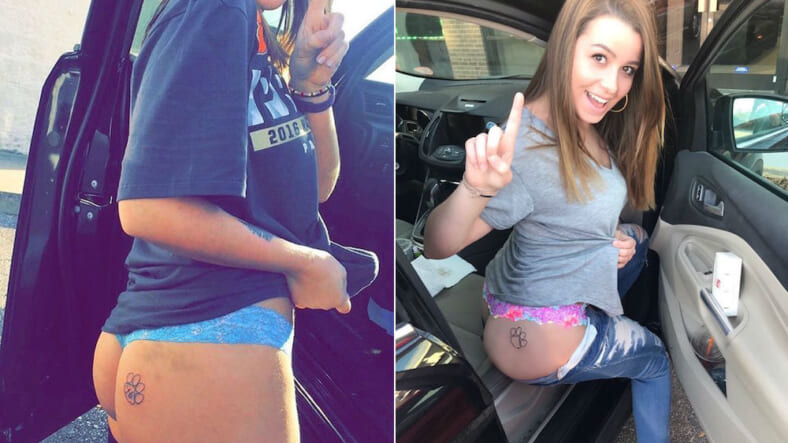 The last time The University of Clemson won a national title in football, the young ladies pictured above were but a glimmer in their parent’s eyes. So when the Tigers rolled Alabama on Monday night, these die-hards celebrated by getting a little crazy.

Not the typical kind of a college football fan crazy, involving obscene amounts of booze, couch fires and car flipping.

No, these girls got tiger paws tattooed on their butts.

The Tigers are national champs. #CLEMSON

Both of these pictures have come into our lives with precious little context. All we know is that they are tattoos, they are on asses and Busted Coverage has kindly made sure that they are seen by thousands of dudes on the internet.

One of those dudes in the father of Peyton Darnell, the ass tattoo haver who thought it wise to include her face in her picture. So, what does papa think?

My dad doesn't hate me just for the people commenting that I have daddy issues!!! pic.twitter.com/3oOL5iAHkJ

Father of the year?