He’ll go up against an old enemy. 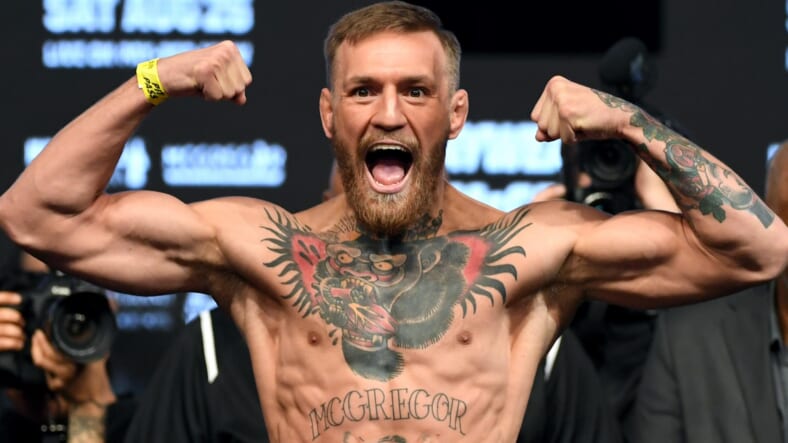 MMA madman Conor McGregor has apparently decided he’s ready to hit the Octagon again, reports the Associated Press. The match will happen in October and his opponent will be Khabib Nurmagomedov. It’ll be the clash of The Notorious One and the Unspellable One.

The announcement came following a press conference held in LA covering the remaining matches in 2018.

The featherweight and lightweight titleholder said “F U” to the UFC after beating Eddie Alvarez in 2016. He went on to take an incredibly lucrative battering by Floyd Mayweather in their much-touted UFC fighter vs. boxer face-off in August 2017.

In a sense this won’t even be his first fight with Nurmagomedov, who does have an intimidating winning streak going with 26 victories. Technically, McGregor and his crew were sorta-kinda squaring off against Nurmagomedov when they rioted in the garage at Barclays Center. That time McGregor was wielding a hand truck against a bus.

That’s the event that saw McGregor in court and nearly in jail before striking a deal that included anger management classes. Which, yes, that’s as hilarious as it seems.

The match will take place in Las Vegas on Oct. 6.