The war of words leading up to Diaz-McGregor III has officially begun. 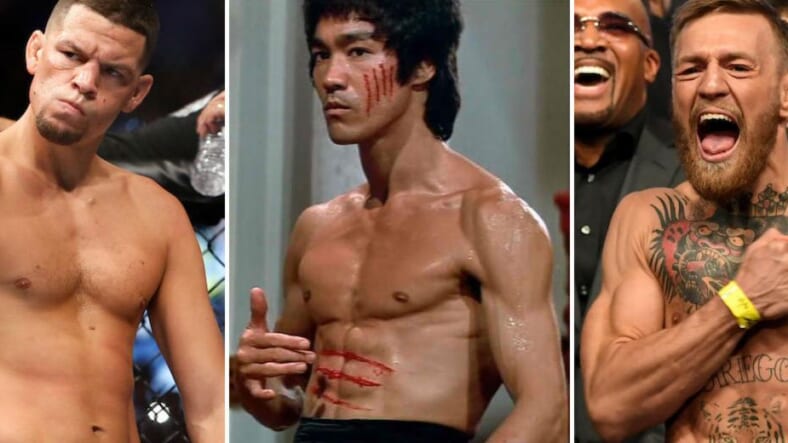 In the lead up to his fight with Floyd Mayweather, Conor McGregor made a habit out of comparing himself to martial arts legend Bruce Lee. A week ahead of the fight he said the only person who could help Mayweather prepare for him would be Lee, who died in 1973.

“He’d need to re-incarnate Bruce Lee, and that’s the only person he could bring in that that could mimic me, of what way I’m coming at him,” McGregor said.

Prior to that, he invoked a Lee quote to suggest that he’d be able to adapt to the rules of boxing and “become that sport…and excel.”

After all that talk, McGregor went out and got his ass handed to him by Mayweather, who let the UFC champ take a few rounds to build drama before stopping him in the tenth round. And now Nate Diaz, is calling out McGregor for comparing himself to someone as great as Lee.

For Diaz, this is what qualifies as trash talking. It’s not snappy, it’s not clever and it’s not going to convince anyone that he should headline fights all by himself. But Diaz is a good foil for McGregor, who’s brash, always-on persona can occasionally be pierced by Diaz’s always-baked IDGAF attitude.

With McGregor vs. Diaz III looking more and more likely for next year, we can look forward to more of Diaz’s half-assed attempts at trash talk and more classic moments to add to this clip reel.