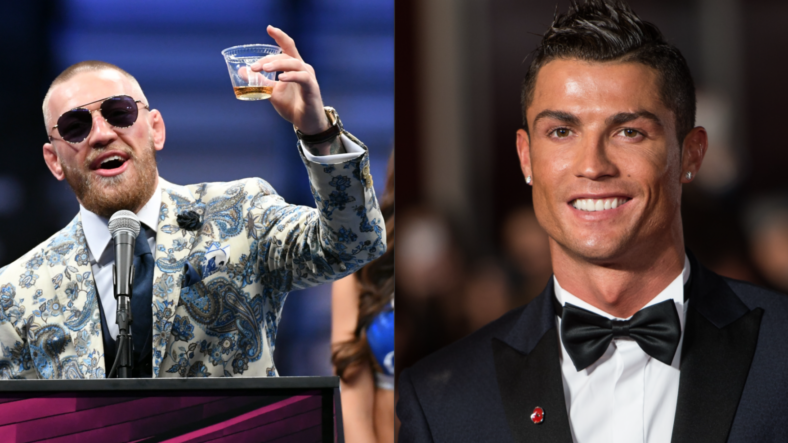 Conor McGregor may have been stopped via 10th round TKO by Floyd Mayweather Jr. in their megafight on Saturday night, but don’t call him a loser.

As the Irish Independent notes, McGregor is expected to surpass super-rich soccer star Cristiano Ronaldo on the Forbes list of highest-paid athletes this year, based solely on earnings from his bout with the undefeated boxer, just like he said he would last year.

“You were number one on the Forbes list,” McGregor told Ronaldo in a video posted to the The Mac Life last year.

Ronaldo replied, “I don’t think so.”

While the exact figures have yet to be announced, McGregor told MMA Fighting on the Friday before the fight that he expected to “clear the $100 million mark, 100 percent” if it passed Mayweather/Pacquiao numbers as expected.

At the post-fight press conference, Mayweather confirmed that the fight shattered the record for the biggest live gate— which beat MayPac’s $72-million-gate by $8 million—before confidently claiming that the pay-per-view numbers would break the all-time record as well.

For McGregor, this means that his prediction will likely come true, as his $100 million payday doesn’t include all of the revenue he stands to make from business ventures and sponsorship deals.

Even so, that’s $7 million more than Ronaldo made throughout all of last year.

Of course, Mayweather will have them both beat when he cashes his fat check for around $300 million, which will put him well over the $1 billion mark in total prize money earned throughout his career.

The man’s nickname is Money, after all.