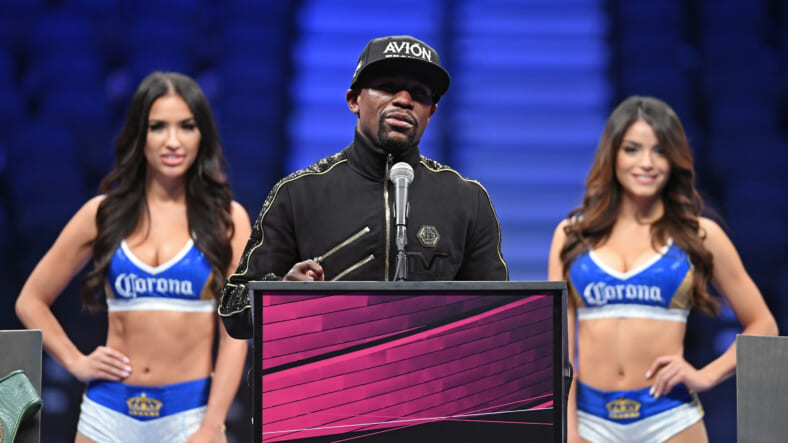 After months of breathless build up, the “Money Fight” between Conor McGregor and Floyd Mayweather surprised everyone by actually being fun to watch. It may have pitted a rookie boxer against an old man, but it was still entertaining as hell.

That’s not just becuase of the two dudes duking it out. The Corona Ring girls did their part too. Not only were they easy on the eyes as they pranced around the ring between roundst, but they provided everyone who noticed with an important question to ponder: Are these perpetually smiling hotties maybe a little bit creepy?

The winner goes to the corona girls for being creepy AF. Their faces have to hurt from smiling so dang much. #MayweatherVsMcGregor

Ring girls are pretty, but the whole 'smile, get in shot and don't engage with anything that's going on around you' thing is really weird pic.twitter.com/BGjT0rKWtP

But even though some jokers on Twitter call them “creepy,” a Corona ring girl recently defended her sexy sisterhood by saying their constant smiling is part of the gig.

“It’s so our sponsor, Corona, can be seen,” Devon Stefanow told Unilad, explaining the perma-smiles she and her fellow ring girls had glued to their faces.

Think of them as a walking, talking billboards, capable of moving with the camera and attracting attention. “There is definitely a lot of smiling involved,” she said.

Her primary job though? To get attention for Corona and if that means staring at the camera like a happy zombie, then that’s just what she and the rest of the ring girls will do.