There Are Two Million People at the Cubs Victory Parade, and Steve Bartman Isn’t One of Them

Good for him. Cubs fans don’t deserve his forgiveness. 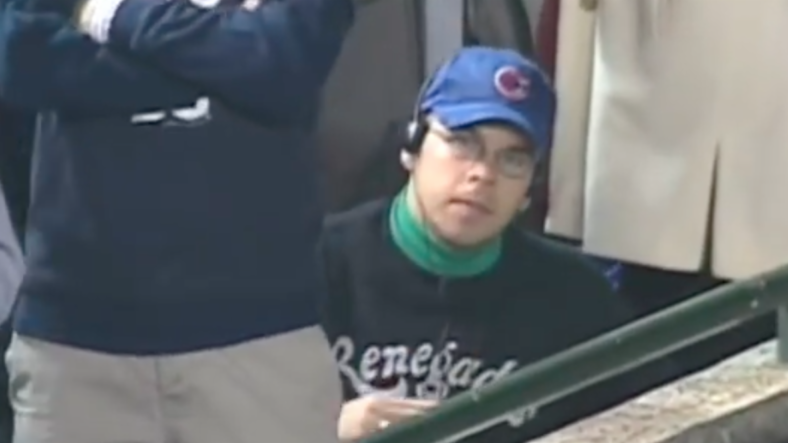 As the Cubs made their way through the postseason this October, on their way to the franchise’s first World Series title in 108 years, there was no shortage of celebrity fans following them along the way. We saw them in the crowd, hanging on every pitch, and in the press box, belting out “Taking Me Out to the Ballgame.” Vince Vaughn, Eddie Vedder, John Cusack and Bill Murray were there. Others too, I’m sure; they just weren’t important enough for Fox to put on camera. Many of them will no doubt be in Chicago this afternoon celebrating with millions of Cubs fans as the team parades through the streets.

Fans filling in downtown. #cubsparade coming your way at 11am! Share your @cubs parade & #cubsrally photos with #mychicagopix.

But there’s one famous Cubs fan who won’t be there—Steve Bartman. Despite calls for him to throw out first pitches, sing in the middle of the seventh and ride shotgun with Joe Maddon in the lead parade car, Bartman has told ESPN that he will not attend the victory parade. It’s not that he’s not longer a fan—he’s “overjoyed” according to a spokesman—but he’s clearly still smarting over the way he was treated after knocking a foul ball out of Moises Alou’s glove in 2003. And for that, I say good for him.

Bartman doesn’t owe the Cubs and their fans anything. This is a man who was vilified for doing nothing wrong. The narrative places the blame for the Cubs collapse on him, even though they were still winning after the play that would make him famous. And there was still another game to play. But for Cubs fans, their failure to reach the World Series in 2003 couldn’t have been the fault of players and coaches. It had to be the fault of Bartman. And so they made his life a living hell.

Now, 13 years later, all of the calls for the Cubs to make good with Bartman ring hollow. There is no absolution necessary here, because Bartman did nothing wrong. Attempts to force him out of hiding now aren’t a genuine mea culpa, they’re a way to make the assholes feel better about themselves.

Good for Bartman for denying them that pleasure.