The NASCAR hottie gave a sly smile when asked about romance rumors. 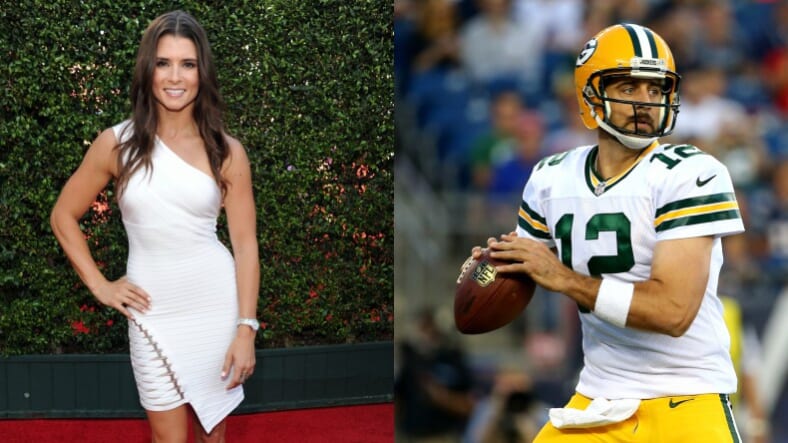 Danica Patrick all but confirmed that she is dating Aaron Rodgers.

An onlooker said that Danica and Aaron were all over each other, kissing and couldn’t seem to keep their hands off each other.

A reporter for The Blast then caught up with the NASCAR hottie in New York City to address the relationship rumor.

“Any truth to the Aaron Rodgers stuff?” the paparazzi asked. Patrick didn’t verbalize her answer, but instead offered a sly smile toward the end of the above video.

Both are currently on the market. The superfit racer only recently split with longtime boyfriend and fellow competitor Ricky Steinhouse Jr. Rodger’s breakup with Olivia Munn has also been well documented.

Patrick also just published her fitness book, Pretty Intense, and announced that she’ll retire from racing after this year’s Indy 500.

Without all those commitments, she’ll have plenty of time to make the trek to Green Bay in between yoga sessions.