Wilder claims to be “the hardest-hitting puncher in boxing history, period.” 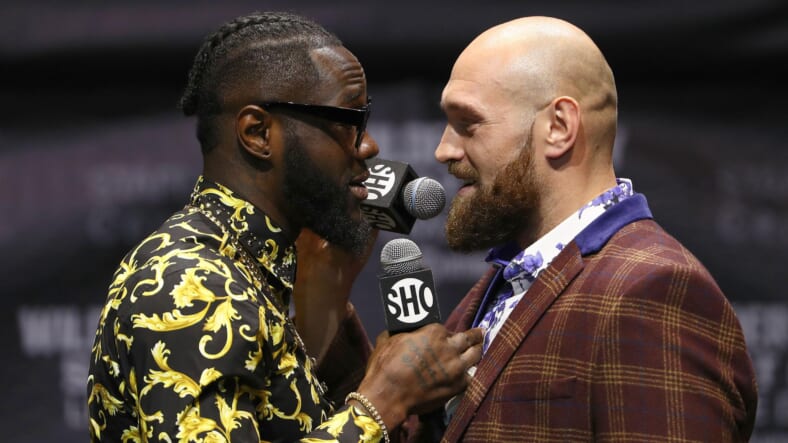 The first time “Bronze Bomber” Deontay Wilder went up against “Gypsy King” Tyson Fury, the clash of titans ended in a controversial draw.

Neither man was satisfied with that result, it wasn’t definitive enough. So they’re officially doing it again on Saturday, February 22, and the likely venue will be the Las Vegas MGM Grand, reports ESPN.

Now the fight is on for Feb. 22, most likely at the MGM Grand in Las Vegas, both sides told ESPN on Tuesday. Top Rank chairman Bob Arum, Fury’s co-promoter with Frank Warren, said the fight will be a joint pay-per-view between ESPN, with whom Top Rank has an exclusive deal, and Fox, which has a deal with Premier Boxing Champions, where Wilder fights.“We’re going to have an announcement before Christmas, but the fight is happening Feb. 22. You can go to sleep on that,” Arum said.

The ESPN report goes on to indicate the fighters’ managers will begin ironing out the details the week after Thanksgiving.

As for Wilder, he’s already talking trash likely meant for Fury’s ears after his one-punch knockout of Luis “King Kong” Ortiz in a fight that he was losing on the scorecards until he unleashed his devastating right hand.

In the video above, a TMZ cameraman asks the boxer about comments from George Foreman, who said that Iron Mike Tyson—now 53 and long retired—was a harder puncher than Wilder.

Obviously, Wilder doesn’t agree. After bemoaning the fact that Tyson has only praised him in private conversations, not in public, he insisted that he is “the hardest-hitting puncher in boxing history, period.”

Harder than Mike Tyson, Foreman, or pretty much anyone else.

For his part, the 6’9″ Tyson Fury has described himself as “kryptonite” for the 6’7″ Wilder’s hard right hand.