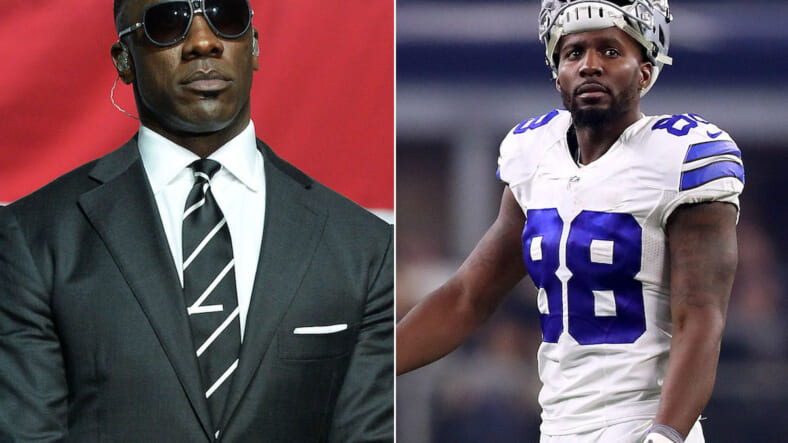 Dallas Cowboys wide receiver Dez Bryant, one of the best in the game, knows a bit about succeeding against the odds. Born into extreme poverty to a 15-year-old mother who had to sell crack to feed her children, Bryant made it out thanks to his hard work and talent.

Lately, he’s been wondering why more people don’t do what he did. And he recently expressed these thoughts in a series of Instagram posts. The heartfelt, but wrongheaded posts suggest that systematic racism is not an issue in the U.S. and that for black people to succeed they just need to decide to make it so.

Bryant’s assessment of racial realities in the U.S. did not sit well with Hall of Fame tight end Shannon Sharpe, who addressed the comments on Undisputed.

Sharpe began by suggesting that Bryant look away from notorious hater Charles Barkley for wisdom on racial inequality and look toward history books.

His broader point though, is that Bryant discounts institutionalized racism.

.@ShannonSharpe to @DezBryant: Before you speak up about race relations, read up on it first. pic.twitter.com/5Zj7sWsTCk

The irony here is that Bryant’s own life is a perfect illustration of the problems that still plague many black Americans, especially those living in poverty.

Inadequate schooling, woeful employment prospects and the drug epidemic tore his family apart before he was a teenager, ensuring that the only way for him to get out was by being a once-in-a-generation athlete.

Bryant did it, but there are millions of kids growing like him who can’t play him, and they don’t stand a chance.