Check out their nastiest insults here. 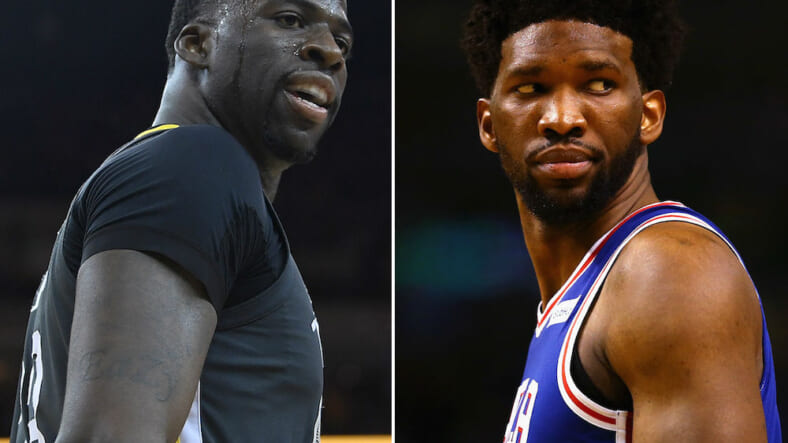 Some old school basketball fans like to complain about NBA players being too friendly with each other these days. They pine for yesteryear, when dudes spent 48 minutes at each other’s throats, one errant elbow away from committing homicide on the court. For the days of near-deadly punches, fights with fans and superstars ending a guy’s career with a well-time insult.

And while it’s true that today’s NBA players are much friendly toward each other than the generations that preceded them, they’re not all choir boys.

At the NBA All-Star game, ESPN asked some of the players assembled about trash talk and who in today’s game is best at running his mouth.

These guys seem like pretty good choices. Anyone who’s watched the Warriors know Green is constantly yapping, at least when he’s not kicking dudes in the dick. Here he is in October telling Mavericks rookie Dennis Smith Jr. that he’s never gonna dunk on him.

Here's what Draymond Green say to Dennis Smith Jr. after the rookie tried to dunk on him. https://t.co/zz7UiLmzWd pic.twitter.com/BvHYWjm7bG

For the non-lip readers out there, Green said. “You ain’t never gonna dunk on me. You’re a boy.” After the game, he let Smith have some more:“That shit ain’t happening, check my résumé,” he said. “This ain’t summer league, bro.”

Embiid is a little more subtle in his trash talk. Unlike Green, who’s loud and in your face, Embiid likes to put people on blast on social media. Here he is in November, subtly embarrassing Lonzo Ball on Instagram after embarrassing him on the court.

Both Green and Embiid have a long way to go before they enter into the pantheon of all-time NBA trash talkers, a group that includes legends such as Kevin Garnett, Jordan and Larry Bird, a man who was famous for telling his opponent what he was going to do before he did it. And then doing it.