Conor McGregor and Draymond Green Are Having an Epic Instagram Feud, And We Can’t Look Away 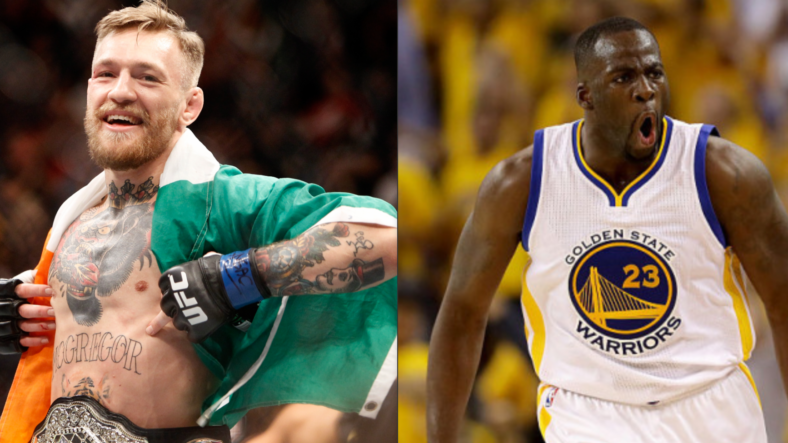 Draymond Green has shot back at Conor McGregor after getting totally obliterated by the shit-talking UFC champ in an Instagram exchange.

In a trash talk battle between Draymond and McGregor… who comes out on top?

McGregor’s retort was swift and savage. He began by clarifying that he was wearing veteran Warriors point guard C.J. Watson’s jersey, not Green’s.

“That’s C.J. Watson mate. I don’t know who the fuck you are. No disrespect tho kid, keep hustling and stay in school,” he wrote.

“Now ask yourself why I’m rocking C.J. when I don’t know or give a fuck about basketball. I dribble heads off the floor. Not a ball. This is no game here kid.”

McGregor’s seemingly obscure choice in jersey was actually a clever shot at Floyd Mayweather. The boxer pleaded guilty to one count of misdemeanor domestic violence for hitting the mother of three of his children, Josie Harris, after discovering she’d allegedly had sex with Watson.

Green, who’s also known for his well-timed trash talk, attempted to get the last word in by calling McGregor an “incredible internet troll” and referencing the Irishman’s loss by submission in his first fight against Nate Diaz.

Ridiculous as the Mayweather-McGregor boxing bout will likely be, these epic beefs make it all worth it.