They don’t call this guy “The Beast” for nothing. 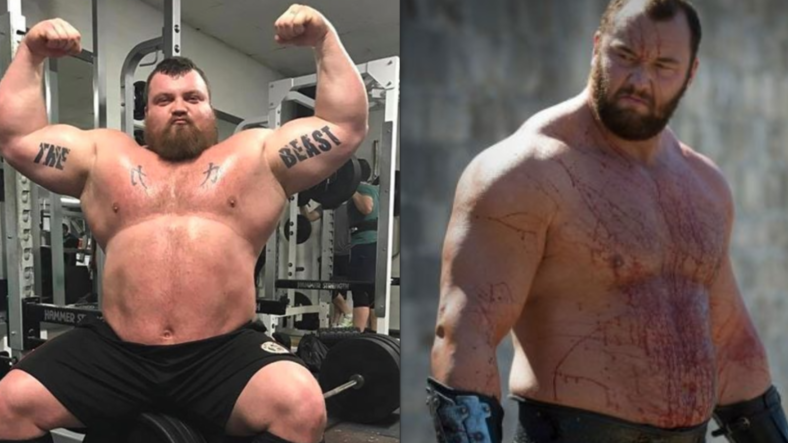 The Beast has conquered The Mountain.

Four-time winner of Britain’s Strongest Man, Eddie “The Beast” Hall was crowned the World’s Strongest Man this weekend after beating 29 other strongmen, including runner-up Hafþór Björnsson, aka the Mountain from Game of Thrones.

After his first title, the 29-year-old Hall has decided to cash out while he’s ahead. After this year’s competition, he promptly announced his retirement from future WSM contests in an Instagram post.

I can't say how I've done at wsm but I can say I'm now retired from wsm! I'll still be on the British scene for many years to come and I thank all my fans and sponsors and my family and friends to the moon and back. Massive thanks to my wife who I dearly love and ow a lot of my success to her. Also my manager Mo Chaudry not only changed my life for the better but one of my best friends. Big Love The Beast @proteindynamix @xploape @strengthasylum @alphadesignsuk @bobosbeard @blakemans @wrightspies @pulseworldwide @getnewage @sbdapparel @giantslive #alphadesign #wrightspies #strengthasylum #giants #giantslive #proteindynamix #bobosbeardoil #beast #beard #deadlift #deadlifts #boss #bosslife #hulk #strong #strongman #strongmantraining #pulse #getnewage #performance #mouthguard #SBD #supports #SBDapparel

“I can’t say how I’ve done at wsm but I can say I’m now retired from wsm!” Hall wrote. “I’ll still be on the British scene for many years to come and I thank all my fans and sponsors and my family and friends to the moon and back.”

Events in this years competition, which was held in Botswana, included a 1000-plus pound tire flip, a 700-pound squat for 15 reps, and an airplane pull.

In 2016, Hall astounded onlookers with a record-setting 1102-pound deadlift at the World Deadlift Championships.

Well here it is…. The impossible 500kg! Massive thanks to protein Dynamix for supplying my body with all I needed to make this happen. Protein, creatine, bcaa's,' you'll not find better elsewhere. Www.proteindynamix.com ^Use code THEBEAST for 30% off^ Sign up first, takes two mins. Big Love The Beast #strongman #proteindynamix #500kg #halfondeadlift

No wonder they call this monster “The Beast.”