“Anything is strong compared to Aaron Rodgers’ collarbone.” 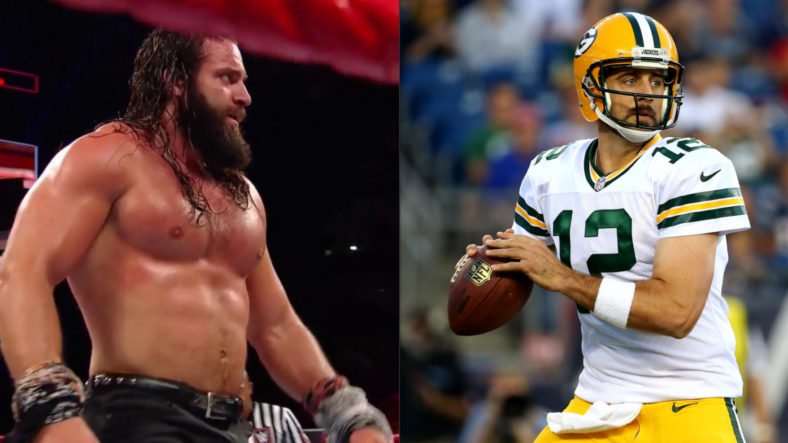 Green Bay hosted an explosive Monday Night Raw event this week that pissed off a lot of fans. Packers fans, that is.

Prior to Elias Samson’s TLC rematch against Jason Jordan, the WWE’s resident guitar player riled up a cheesehead-heavy audience with a dig at their recently-injured quarterback.

“Who wants to walk with Elias?!” the wrestler asked the cheering crowd.

“That’s a pretty strong response. Then again, anything is strong compared to Aaron Rodgers’ collarbone.”

Predictably, the comment was met with a chorus of “boos” that quickly turned into a “Go Pack go” chant.

“Go Pack go?” Elias said. “I think you all should just go home.”

As karma would have it, Elias was disqualified after he smashed Jordan with a guitar to the face.