The Cowboy’s running back is in hot water. 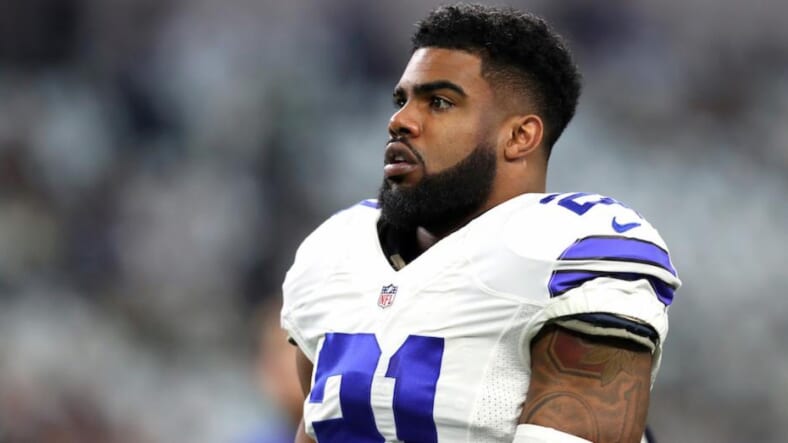 At a St. Patrick’s Day parade in Dallas over the weekend, the 21-year-old was caught on camera pulling down a woman’s top, exposing her breast to a crowd of on-lookers. That’s always a bad idea. Even if, as Elliot’s rep told TMZ, the woman wasn’t upset. Because if there’s one person who should decide if a woman flashes a crowd, it’s the woman herself.

And I’m not buying that the woman wasn’t upset. Watch the video again and watch her try to hold her shirt up as Elliot pulls it down. That’s what someone does when they don’t want their nipples shown to a bunch of strangers.

Doing what Elliot did is dumb no matter who you are, but it’s even dumber if you’re Ezekiel Elliott. The NFL is still looking into accusations of abuse made by the former Ohio State star’s ex-girlfriend. Saturday’s incident shows a healthy disrespect for women, and it’s not a stretch to say the NFL will consider it as it decides on a potential suspension.

Already, Elliot is getting harsh criticism from one women’s group that accused him of sexual assault. Shaunna Thomas, co-founder of UltraViolet, which exists to “fight sexism and expand women’s rights,” is calling on the NFL to suspend Elliot.