Protect yourself at all times… 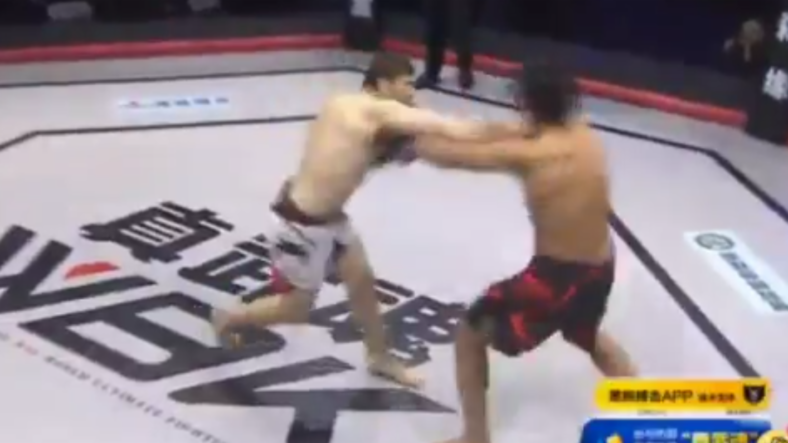 If you’ve ever listened to the instructions given to fighters before a cage fight or boxing match, the ref usually says something to the effect of, “protect yourself at all times” and the far-less critical “touch gloves.”

Well, an athlete fighting in the Chinese-organized MMA event WBK 22 capitalized on the implications of these two phrases when he faked a glove touch in the middle of the ring to deliver the first and only shot of the fight. Watch what happens next in the video above.

The sneaky fighter, Ibragim Khalilov, apparently thought pretending to participate in a show of mutual respect was a great opportunity to take a cheap shot and knock out his opponent Bakhtiyar Baratov, thereby ending the fight in just 3 seconds.

Dick move? Absolutely. But also perfectly legal. Just goes to show that you gotta protect yourself, no matter what. There’s a life lesson in there somewhere, people.