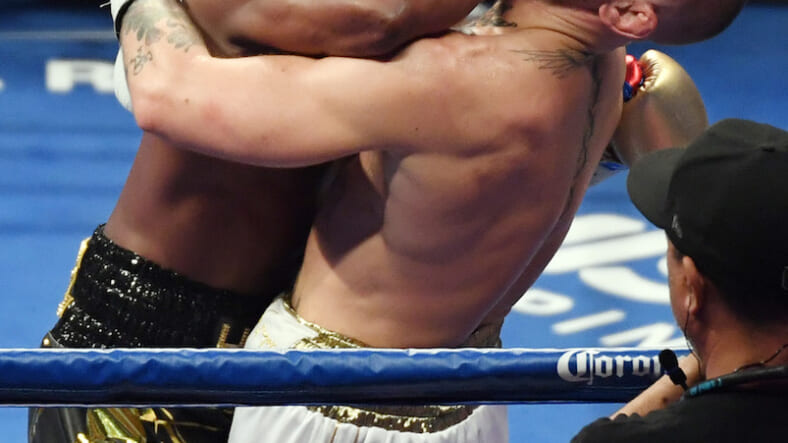 One secret to Floyd Mayweather‘s takedown of Conor McGregor, which cemented his undefeated 50-0 record, has been revealed.

Mayweather ate like a beast leading up to the fight—all in proportion to his workouts, of course.

A typical breakfast includes eggs, home fries, grits, various breakfast meats including bacon, turkey sausage, turkey ham and turkey Kabasa, and pancakes.Floyd’s “obsessed” with spaghetti bolognese. He’s had it pretty much every day leading up to the fight. Other favorites … BBQ chicken, baked chicken with rice and gravy and all sorts of soul food.

Before his weigh-in, where McGregor popped an unsightly erection, Floyd cut back and only ate two bananas a day while drinking plenty of water.

In the weekend leading up to the fight, he has more spaghetti bolognese as well as some barbecue chicken, green beans, rice, sautéed shrimp and salad, TMZ also reports.

What he ate on the day of the fight is unknown, but whatever it was… it worked.