“I put the bread before the bitch.” 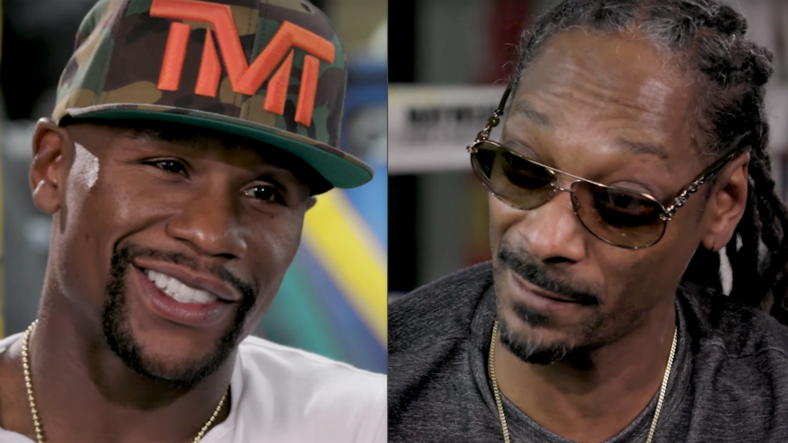 We’re just a few days away from the most heavily-hyped fight in combat sports history, and almost every facet of Floyd Mayweather and Conor McGregor’s megabout has been covered.

We say “almost” because in this exclusive clip from Snoop Dogg’s Double G News Network web series on MERRY JANE, the hip-hop icon had a burning question for the undefeated boxing legend.

“How many times a day do you think about sex?” Snoop asked Floyd.

“Let me see, Snoop,” Mayweather began. “When I’m in training—they say your testosterone build-up is crazy—so the harder I train, the more I think about it.”

Then, Floyd delivered one of the most “Money” phrases ever, all while managing to stay totally on-brand.

“I put the bread before the bitch. I gotta put the money first.”

Mayweather then went on to further describe the importance of women to humanity in his own special way.

“One thing I always say is this: what’s the most powerful thing on earth? Pussy.”

“Not money. You gotta come out of a pussy to make money.”

In previous GGN segments, the two stars delved into nine-figure paydays and McGregor’s chances of cracking the May-Vinci code.

Check them out below, and head to merryjane.com for a full break-down.