“I’m coming back to fight Manny Pacquiao this year. Another 9 figure payday on the way.” 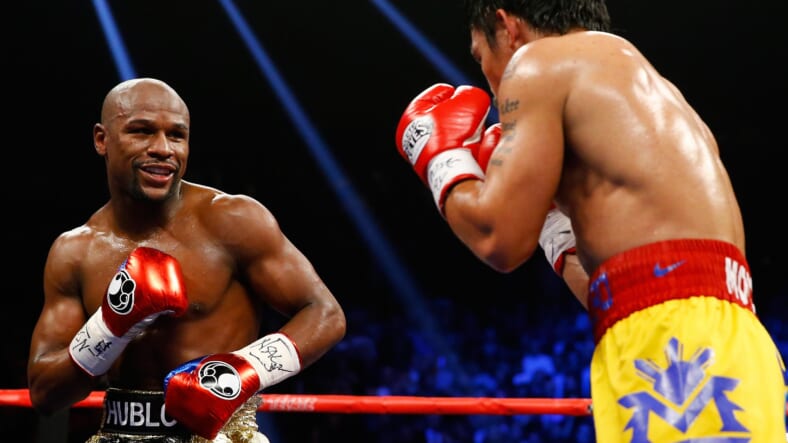 One of the best boxers of all time wants a sequel to one of the sport’s most boring megafights.

Floyd Mayweather is ready to risk his immaculate 50-0 record to come out of retirement and go 12 more rounds with Manny Pacquiao.

“Money” posted footage of his tense confrontation with the Filipino boxing legend at a nightclub. The caption reads, “I’m coming back to fight Manny Pacquiao this year. Another 9 figure pay day on the way.”

The headline-grabbing ‘gram arrived the morning of the giant rematch between Canelo Alvarez and Gennady “GGG” Golovkin.

The boxers’ 2015 bout was widely regarded as a snoozefest that ended in a unanimous decision in favor of Mayweather. Officials revealed post-fight that Pacquiao competed with a should injury.

ESPN reports that Mayweather earned $220 million as the victor. In 2017, he walked away with a staggering $285 million after defeating UFC superstar Conor McGregor.

Pacquiao has been asking for a Mayweather rematch since he TKO’ed Lucas Matthysee for the WBA welterweight title in July of 2017.

A TKO victory in his return to the ring.

Would you watch Mayweather vs. Pacquiao II?