Can this high-tech helmet stop CTE? 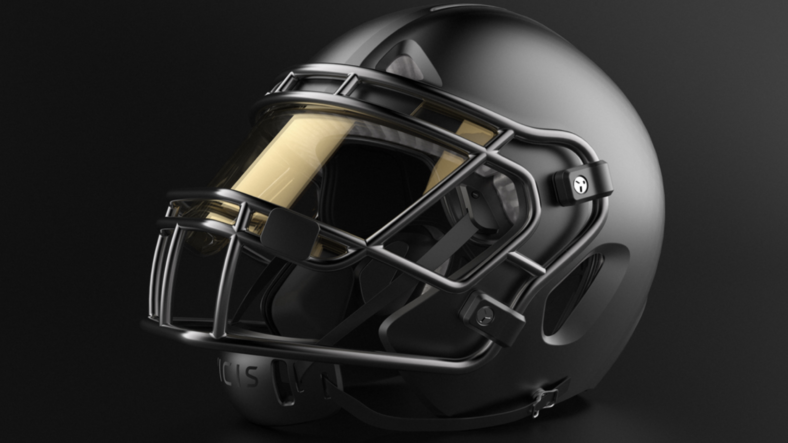 The NFL has plenty of issues that keep fans and sportswriters talking throughout the year, but one of the most serious is head injury. Specifically, CTE—Chronic Traumatic Encephalopathy, a degenerative brain disease caused by multiple concussions.

Pretty much any examination of that issue comes down to football helmets and the protection—or lack of protection—they provide to players on the field. It turns out those helmets have been pretty much the same for the last 40-50 years. A tech company named VICIS wants to fix that problem, and their solution is in the video below.

The ZERO1 is outwardly pretty much the same football helmet we’ve always seen. But it handles hits in a totally different way.

This the Tech Insider description of how the ZERO1 works:

When ZERO1 is hit, it morphs its shape. This allows it to absorb more force from a blow. The secret? Lots of separate columns of padding inside the helmet. When pressure is applied, they deform and absorb the pressure. Multiple layers work together to slow impact forces. This keeps the head protected from multiple forces. The ZERO1 has a softer outer shell than a normal helmet. This slows impact forces before they reach the head and brain. ZERO1 also offers a wider field of view than traditional helmets. The ZERO1 ranked first in the NFL/NFLPA 2017 helmet laboratory performance testing. The goal of the test was to “determine which helmet reduced head impact severity.” The outer shell takes a collision like a car bumper.

It’s a fascinating innovation, and one that makes a lot of sense.

Artefact collaborated with VICIS on helmet development. They’ve tested it on current and former NFL players, and VICIS CEO Dave Marver says “they are consistently impressed by the look and feel” of the innovative headgear.

What about actual game play? In 2017, no less than the Seattle Seahawks gave the ZERO1 a try.

Geekwire quoted defensive end Cliff Avril, who said when wearing the helmet “You don’t feel the thuds as hard as they normally are.”

Players on other teams like the Houston Texans have given the ZERO1 a shot as well, with mixed but generally positive reactions.

It’s unlikely there’s some magic bullet waiting to cure the problem of CTE. But the NFL certainly has a vested interest in doing something.