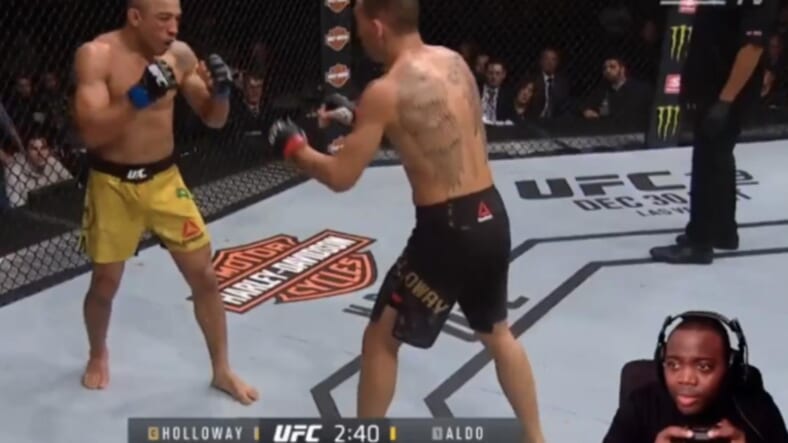 Twitch user AJ Lester and his followers watched UFC 218 by using internet streaming service LiveRaise. He brilliantly avoided detection by inlaying his face in the bottom right-hand corner of the screen and pretending to play UFC 3.

The dude really sold it, too. Controller in hand, Lester mashes buttons, grunts and even talks to the screen shortly before Max Holloway TKO’s Jose Aldo in the Hawaiian champ’s first featherweight title defense.

In another viral clip, Lester has an absolutely hilarious reaction to Francis Ngannou’s first-round knockout of veteran heavyweight Alistair Overeem.

The full stream appears to have been scrubbed from LiveRaise. If you want to see some UFC-sanctioned clips, check out the octagon interviews from Ngannou and Holloway below: