“Today is a marquee moment in the world of athlete representation as we expand our offering into the world of baseball.” 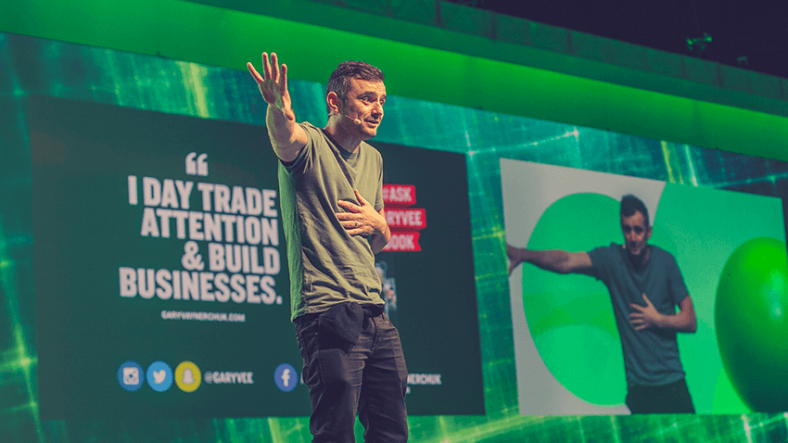 Entrepreneurial guru, podcaster and social media powerhouse Gary Vaynerchuk is expanding his considerable influence into the world of baseball. From his position as chair of pro athlete agency VaynerSports, Vaynerchuk announced an expansion into representing professional baseball players with the signing of veteran MLB agent Greg Genske on July 7.

“Today is a marquee moment in the world of athlete representation as we expand our offering into the world of baseball,” Vaynerchuk said in a statement. “When you add someone with the negotiation savvy of Greg to the disruption my brother, AJ and I bring along with Mike Neligan’s success marketing high profile athletes, you create an absolute force to be reckoned with.”

Gary and AJ Vaynerchuk launched VaynerSports in 2016 and until now they’ve focused on representing the interests of NFL players like Pro Bowlers Allen Robinson of the Chicago Bears and Leonard Williams of the New York Giants. By adding Genske to their roster, VaynerSports stands to benefit from the knowledge and connections of one of the most prominent and successful agents in baseball.

AJ Vaynerchuk will stay on as CEO with a central focus on VaynerFootball. “Over the years, we have been approached countless times to expand beyond football on account of our current success in sports and brand equity in business,” AJ stated.

“We have been steadfast in waiting for the right people and right opportunity,” he said of the new agency, “Fortunately, that time is now with Greg & GEM.”

Genske will become CEO of VaynerBaseball, and he’ll bring along agents from his own GEM Agency, launched in 2019, including Joe Mizzo, Eric Izen, and former MLB center-fielder and All-Star turned agent, Vernon Wells,

Genske said he is “excited to be joining forces with Gary and the VaynerSports Team.”

Genske believes Vaynerchuk’s “visionary branding and marketing expertise will allow the concept behind the creation of GEM to flourish and provide our clients with access to a portfolio of services unmatched in the player representation industry.”

In addition to over 50 years of combined experience, GEM agents will bring along MLB stars like Los Angeles Dodgers All-Star Third Baseman Justin Turner—who will join VaynerBaseball along with other major leaguers and rising minor league players.

Adding VaynerBaseball to the agency’s slate had a lot to do with the 2019 hiring of talent marketing expert Mike Neligan. He came on board to lead sales and marketing.

Almost immediately, Neligan set the gears in motion by opening a conversation with Greg Genske about the shape of VaynerBaseball. He was the right guy to do it, too—Neligan spent almost fifteen years working with iconic major leaguers like Derek Jeter, Clayton Kershaw and Dexter Fowler.

Neligan, who will serve as Executive Vice President within Vaynersports, said that throughout his career he’s been lucky enough “to work with some great people and superstar athletes—but this is truly the dream opportunity.”

“In just a few months,” Neligan continued, “I’ve seen what the ‘Vayner Difference’ is and I’m thrilled to be able to work with Greg to bring that value to athletes across multiple sports—including baseball, where I’ve spent most of my career.”