Will their date be a Grand Slam or a total bust? 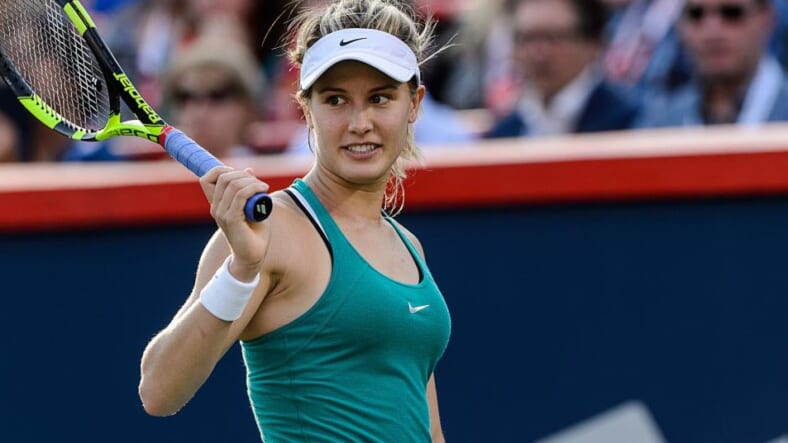 A couple days ago we brought you the heartwarming story of a random dude on Twitter who got tennis babe Genie Bouchard to agree to date with him after the Patriots improbable comeback in Super Bowl LI.

Now we know who that dude is and what he was thinking as the Pats lined up for a two-point conversation that would tie the game. “That was probably the most nervous moment, right before that two-point conversion, and they lined up with nobody in the backfield, so you knew they were passing,” John Goehrke, a 20-year-old Mizzou student, told The Kansas City Star. “It was crazy.”

Now he’s got to figure out how to hook up with Bouchard, who’s got a busy tournament schedule. She had a suggestion in a recent interview with TSN. “You know what. I’ll fly him out (to a tournament), but besides that he has to be the gentleman and, you know, organize a fun date night.”

She added that she intends to follow through on the her becuase “I want to honor my word.” Now it’s up to Goehrke to show her a good time and be that gentleman she’s looking for.