Don’t feel too bad for these guys. They’re rich. 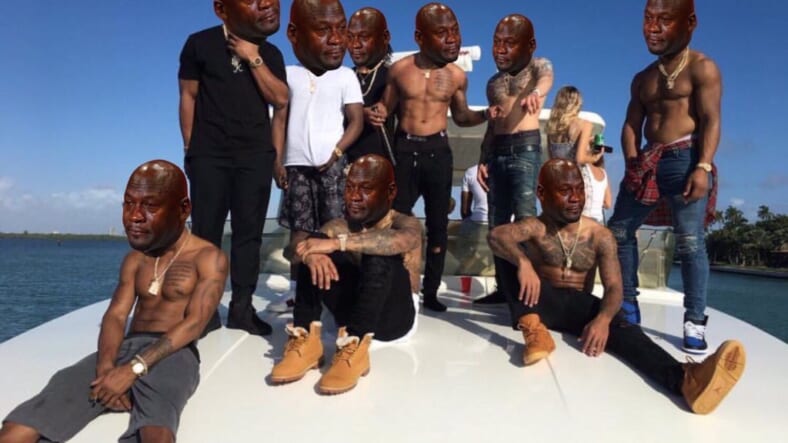 Anyone who thinks a trip to Miami a full week before Sunday’s playoff game had anything to do with the Giants loss to the Packers is a dunce. But anyone who thinks it provides good fodder for mocking the team is spot on.

The game was a disaster, and dropped passes from boat passengers Odell Beckham Jr. and Sterling Shepard only fueled the Internet’s meme-makers, who came out firing as soon as the game went final. The requisite Crying Jordan pic above is only one of many pictures, videos and GIFs that use the now-infamous boat pic to launch a joke. Here are some other favorites.

being on a boat gives u unrelible hands. this is just a fact pic.twitter.com/xKyIgZ5dMF

Odell Beckham Jr. might be punching holes in the wall but at least he made this catch pic.twitter.com/SWmyZneTUL