Two spears, one jackhammer, and it was over. 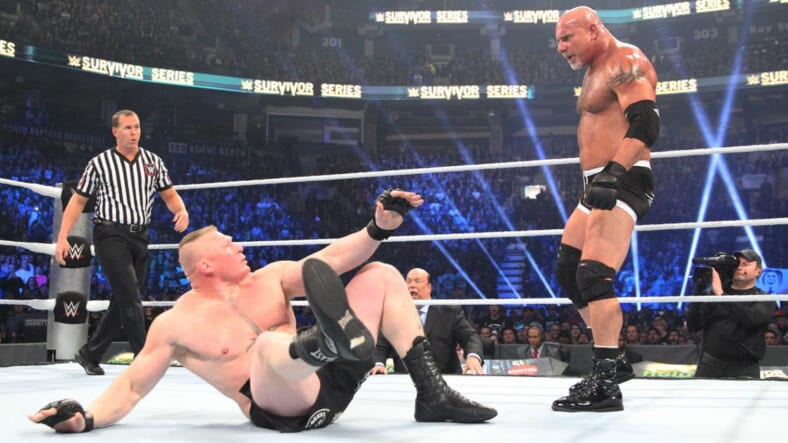 Three moves. That’s all it took for Goldberg to put The Beast to sleep. The highly anticipated battle between the 49-year-old wrestling legend and Brock Lesnar at Survivor Series Sunday night was over almost as soon as it started. Two spears, a jackhammer, a three count and that was it. Of course, this is the WWE, so what happens in the ring is never the end of the story, but we’ll get to that after the video.

So the questions on every wrestling fan’s mind after this match was, “Why?” Why bring Goldberg back for such a short fight? Why humiliate Lesnar like this? Why couldn’t Mark Hunt do better against Lesnar if Goldberg beat him this easily?

Less than a day later, plenty of people are offering plenty of answers, but the one that makes the most sense is that this squash was orchestrated to sell a bigger rivalry down the road for Lesnar and Goldberg. According to Wrestling Observer Radio’s Dave Meltzer, it was Lesnar’s idea too.

Meltzer reports that Lesnar wanted to string out the drama between him and Goldberg and what better way to do that than having the old, returning legend utterly dominate the man once seen as invincible? Now Goldberg looks like a giant killer, something that would not have happened if they had wrestled a full match. That sets up the next match perfectly.

That’s right, there will be a next match, despite Goldberg’s promise that his meeting with Lesnar at Survivor Series would be his last. The two-time champ has reportedly agreed to appear to the Royal Rumble in January and Sunday’s squash made sure he looked dominant before that. There are also rumors that Goldberg and Lesnar will meet in the ring once again at Wrestlemania 33. We can only hope.