Is Gronk going back to the gridiron? 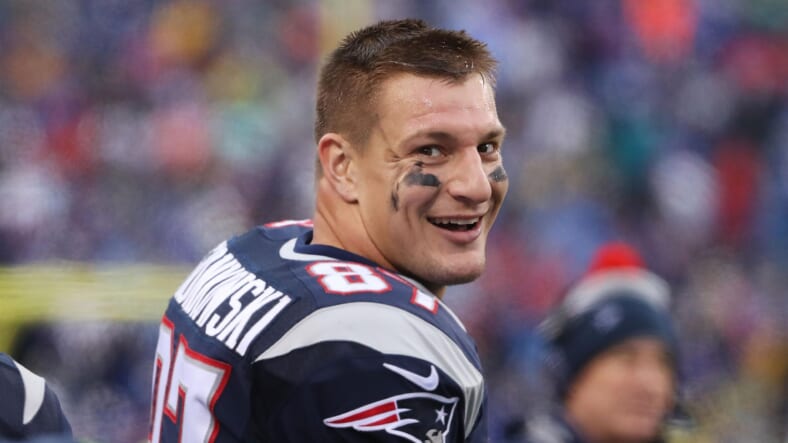 Gronk and Brees chopping it up on the red carpet #ESPYS pic.twitter.com/iDioPoqbNS

We have no idea what was said immediately before or after, but the internet’s football fans are content to believe Gronkowski was talking about a return to the gridiron.

There would be some serious irony if he really was discussing an NFL comeback hours before accepting the Best Moment award for capping off his career. Maybe he was just amusing himself.

Then again, the former NFL superstar has dropped other hints that he’s thinking emerging from retirement.

NBC Sports cites Gronkowski’s quote from his recent appearance on the Rich Eisen Show as perhaps the strongest of said hints.

“There’s definitely going to be times when you miss it and everything,” Gronkowski said.

“I would always say that it’s still the offseason right now. I mean I can’t really say how I’m going to feel about it when the games start rolling around and everything.”