The Ultimate Andre the Giant Documentary Is Finally Coming To HBO

This is gonna be HUGE. 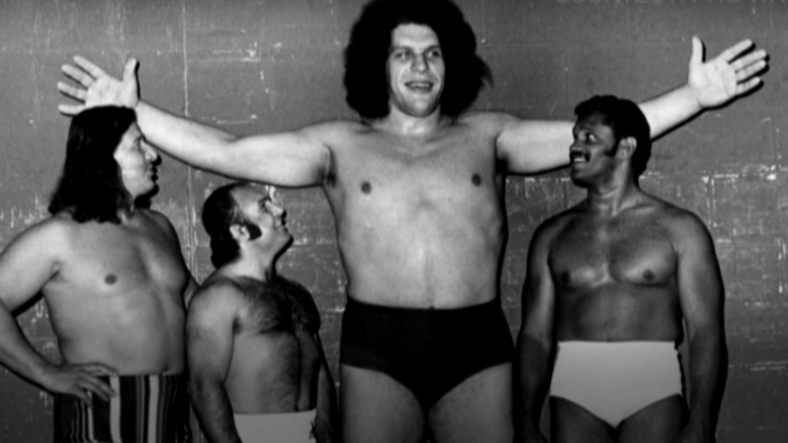 The former Grantland editor and current head of The Ringer, who’s still at HBO despite his show Any Given Wednesday getting spiked in early November, announced the doc in a tweet on Monday.

Variety has some more on the pic, which will be titled simply Andre the Giant:

The film will explore the wrestler’s upbringing in France as André René Roussimoff, his wrestling career, and his forays into Hollywood. Diagnosed in his 20s with acromegaly — gigantism — Roussimoff became one of the most celebrated professional wrestlers of his era and starred in the 1987 Rob Reiner movie “The Princess Bride.”

HBO has signed on Jason Hehir, a veteran producer for the UFC, to direct. Hehir’s credits include four “30 for 30” documentaries for ESPN, including The Fab Five, an excellent look back at Michigan’s improbably talented 1991 freshman class.

So happy to team up with @hbo and @wwe and Jason Hehir to make my dream sports documentary project – ANDRE THE GIANT. It's happening. pic.twitter.com/VCGmo3iHOz

If Simmons’ tweet above doesn’t convey his excitement for this project, this quote from Variety should. “Going back to 2007 and 2008 when I was creating and developing ‘30 for 30’ for ESPN, Andre’s story rode the top of every single sports documentary wish list I ever made,” he said.

“We always hear about unicorns these days – Andre was the ultimate unicorn. He’s a true legend. Everyone who ever crossed paths with him has an Andre story – and usually four or five.

One nice thing about this documentary is that we might finally get some fact checking on the most outlandish of those stories. Did Andre really drink six bottles of wine before getting into the ring? Is it even possible to drink 117 beers in a single sitting, as he once told Letterman he did?

Or 156 in a single night, as others have claimed? Also, was he hung like a blue whale, as Ric Flair has implied? This are the important questions. Hopefully we’ll soon get the answers.