“Our friendship is more important than just the silly outcome of a game.” 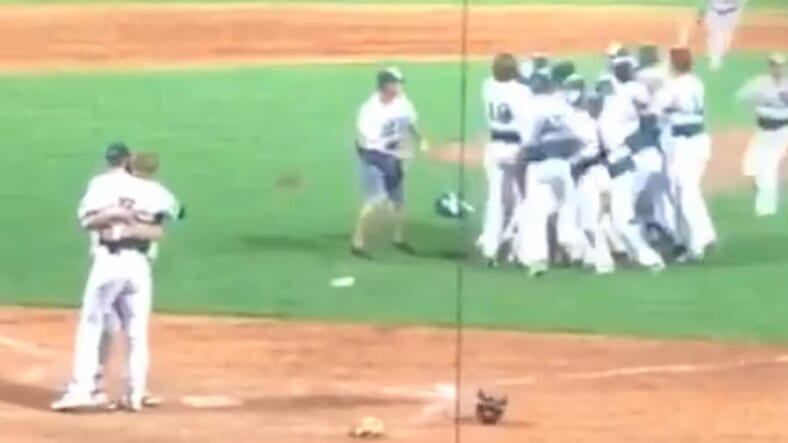 This high school pitcher struck out his childhood friend to advance to the state championships.

Instead of celebrating with his teammates, he did this:

A game-winning pitch at a high school baseball game yielded a remarkable display of sportsmanship between two friends in a recent viral video.

When pitcher Ty Koehn struck out the final batter at a Minnesota championship game to make the state tournament, he didn’t showboat. Instead, the young man immediately ran over to his defeated opponent and gave him an excruciatingly long hug.

Though they play on competing teams, the two kids are longtime buddies.

“We are very close friends,” Koehn told Bring Me the News. “I knew him from all the way back when we were 13. We were on the same little league team. It was tough when we went to separate schools but we kept in touch.”

For Koehn, celebration took a backseat to consoling his bro.

“I knew I had to say something,” he added. “Our friendship is more important than just the silly outcome of a game. I had to make sure he knew that before we celebrated.”

Many hearts have been warmed by the moment, but some people are saying that Koehn should have spent those 15 seconds with his team.

As a father, I don't know what's more embarrassing: your first take, your second take or your Twitter bio. The pitcher displayed sportsmanship and class, traits you clearly lack. You shouldn't allowed anywhere near youth athletics.

Dude blew off his teammate to console his opponent, not sure that’s right. Reach out to him after the celebration, friend would understand

Seeing a lot of reports that the two are dating so going right for his bf first makes sense. Love wins.

OK parents this is a wonderful opportunity. If anyone that coaches your children replies to this with anything remotely similar to this being soft, wrong, non-competitive, not the right mentality to have when competing in a sport, get your kids away from that person immediately.