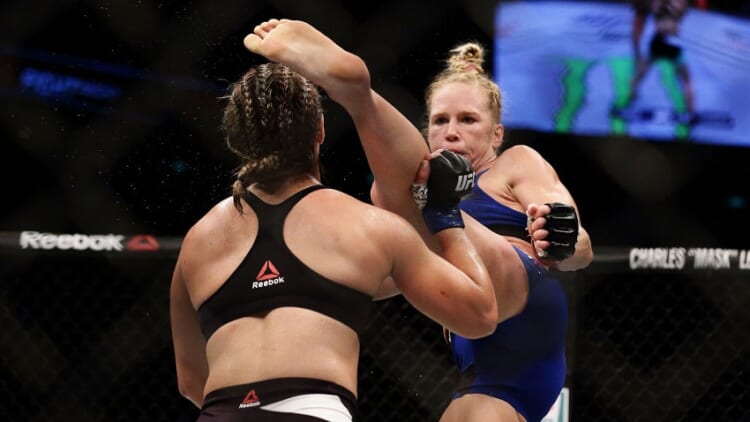 Ever since her surprise victory over Ronda Rousey at UFC 193, Holly Holm has had it rough. She was on top of the world after taking Rousey’s title, then immediately walked into a string of humiliating defeats at the hands of Miesha Tate, Valentina Shevchenko, and Germaine de Randamie. At UFC Singapore, Bethe Correia gave Holm the motivation to come back, and she came back hard.

Correia basically did something only either the most dominant fighters—think Conor McGregor—or the biggest amateurs can get away with: she taunted Holm as if she thought “the Preacher’s Daughter” did not still have some lethal power, defeats be damned.

So Holm complied Correia’s request to bring the pain, unleashing a kick almost identical to the one she used to humble Ronda Rousey. The fight was over then, and Correia had learned a really tough lesson about hubris.

Truth was, Holm had been the more dominant fighter up till the knockout, with Correia playing it cool to dodge powerful counter-strikes. It looked like Correia’s mocking was really an effort to force Holm into grappling and brawling, which might have given the Brazilian fighter a better advantage.

We see how well that tactic worked out for her.

After the fight Holm simply said she was “going to enjoy this night right now, enjoy the victory tonight.” She also thanked those who have supported her through her string of defeats and her team, who fly “halfway across the world for me and my coaches at home.”

With this resounding victory Holm put top fighters in her division on notice. Even if she’s not talking about going for the bantamweight title again at the moment, she’s still clearly got all the fighting power she needs to get the belt back.