These South Carolina Gamecocks Fans Had Sex During The Game, And The Internet Is Losing It 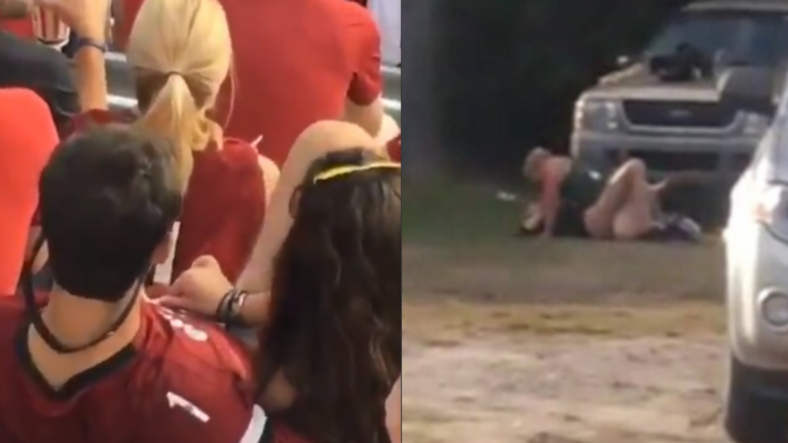 One video shows a chick casually jacking off dude next to her in between plays. Nothing to see here, folks.

OK, you’ll notice that it’s not exactly a full-on hand job—that’d be crass. Rather, her hand appears to be inside the guy’s pants working some magic with two fingers as a crowd of onlookers collectively lose their shit.

Luckily for him, the clip only shows the back of his head, because he’s getting absolutely roasted for having an undetectable package.

Outside of the stadium, tailgaters were a little more conspicuous. Two were caught straight-up banging in the middle of a grassy parking lot.

Unless another teams’ fans are up for the challenge, of course.