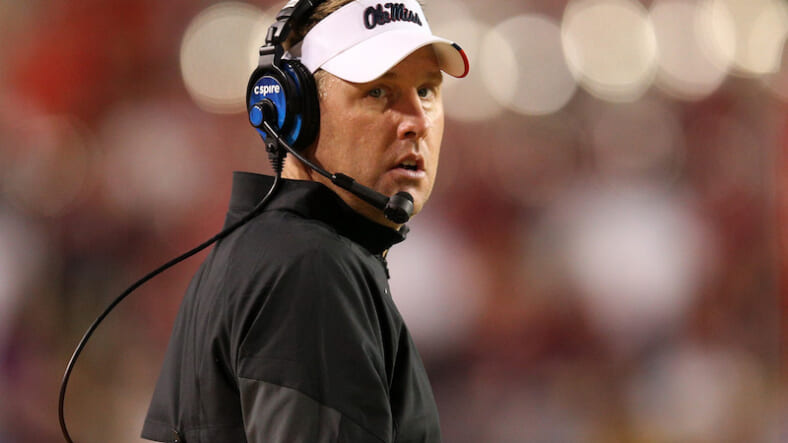 Hugh Freeze stepped down as the head coach of the Ole Miss football team Thursday night. School officials found that he’d called an escort service with his university- issued phone.

Ole Miss chancellor Jeffrey Vitter said in a news conference that while “Coach Freeze served our university well in many regards during his tenure, we simply cannot accept the conduct in his personal life that we have discovered.”

Ole Miss athletic director Ross Bjork said the escort service call was discovered first, and then more came. “In our analysis, we discovered a pattern of conduct that is not consistent with our expectations as the leader of our football program,” he said.

Bjork added that Freeze “admitted the conduct” when the university confronted him—but it’s not entirely clear what the “conduct” is. Presumably, Freeze used his phone to set up paid sexual encounters on more than one occasion.

If Freeze did admit his “conduct” to the university, that’s a change from what he told Yahoo Sports when he was asked about the initial call. “I’ve got no idea, to be honest,” he said. “I was in an 813 area code and that was a 313 number, I think that might have been a misdial. I don’t think there was even a conversation. There’s nothing to it.”

Freeze would have been out of his job regardless. As Bjork told Yahoo Sports, the head coach would have been fired for violating the “moral turpitude” clause of his contract if he hadn’t resigned.