Ice Cube Is Starting a 3-on-3 League With NBA Old-Timers, Including Allen Iverson 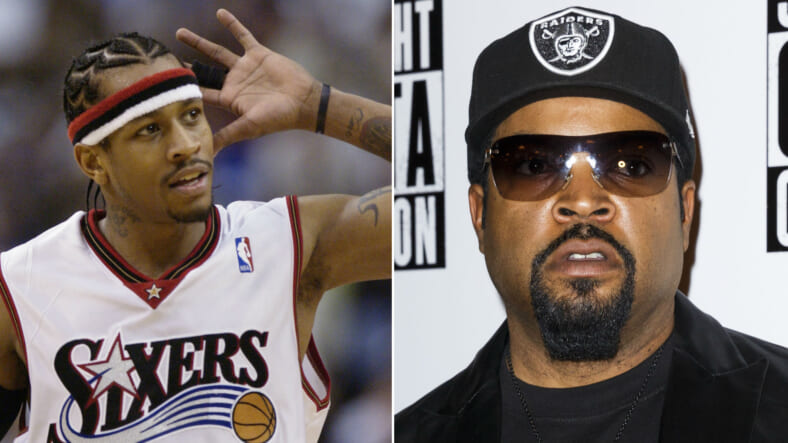 Do you miss watching Allen Iverson put defenders on roller skates? Would you love to see Jason Williams throw a behind-the-back pass just one more time? Are you dying to know if Kenyon Martin still has lips tattooed on his neck? Well then the BIG3 is for you!

On Wednesday the 3-on-3 half court league was announced by founder Ice Cube. “The BIG3 was created as the ultimate basketball fan experience,” he said. “We’re bringing some of the baddest names to ever play the game, and giving them a platform to not only showcase their skills, but to entertain their fans in a high-energy, physical and competitive environment. As a diehard basketball fan, I personally can’t wait to see my favorite players back in action.”

Along with Iverson, Williams and Martin, the league will include Chauncey Billups, Stephen Jackson, Jermaine O’Neal, Rashard Lewis, Bonzi Wells and Mike Bibby. Gary Payton and George “The Iceman” Gervin will serve as coaches, as will Iverson, who is the league’s only player/coach.

Cube has designed this venture as a traveling circus, that will bring games and music performances to a new city each week. The basketball will be circus-like too, despite the advanced age of many of the participants. There will be four-point shots from three circles beyond the three-point line. There are no foul outs. And games will end when the first team reaches sixty… or when every player on the floor blows out their back.

These games are going to look a lot like the pick up basketball you could see at any park in the country. Except the old dudes in knee braces will be former NBA players. And unlike the weekend warriors in the park, they’ll actually be getting paid. Why else did you think they were doing this?