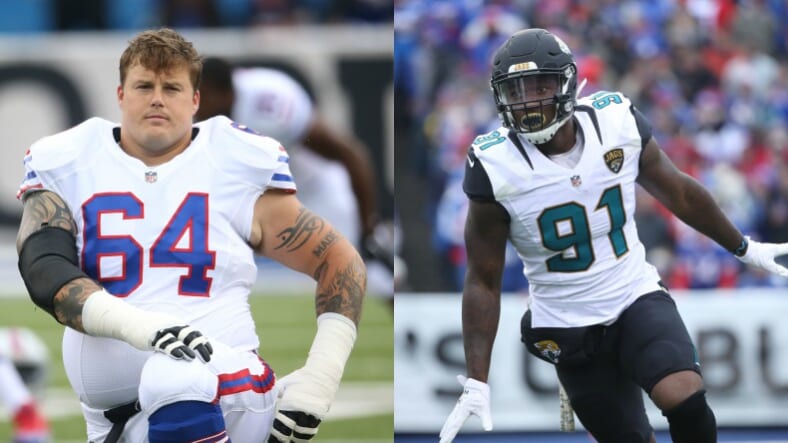 “Great win today”! Ngakoue tweeted after the Jags defeated the Bills 10-3. “And 64, you goin have to come harder than some weak racist slurs.”

He included the hashtag, “#Iaintjonathanmartin,” in reference to Incognito’s infamous bullying of former Miami Dolphins teammate Jonathan Martin back in 2014.

NFL spokesman Brian McCarthy told NBC Sports that the league “will look into” the situation.

ESPN reporter Michael DiRocco confirmed that Ngakoue is standing by his accusations.

Jaguars DE Yannick Ngakoue said he does not recall if Buffalo G Richie Incognito used the N-word on Sunday. Stood by his comments that Incognito used racial slurs. "He knows what he said," Ngakoue said. "I don't need to repeat it."

Incognito, 34, has made the Pro Bowl in each of his three seasons since signing with the Bills in 2015.

But in case you forgot about Incognito’s bullying imbroglio in ’14, ESPN has the background here:

Buffalo gave Incognito a second chance in the NFL after the Miami Dolphins suspended him for the final eight games of the 2013 season for his role in a bullying scandal in which ex-offensive lineman Jonathan Martin was a target.

NFL investigator Ted Wells released a report in 2014 detailing “a pattern of harassment” against Martin by Incognito and other Dolphins players that included racial slurs. Incognito’s attorney later called the report “replete with errors.”

The NFL cleared Incognito later in 2014 to return to football, but he spent that season out of the league before joining Buffalo the next year.