Anyone up for a halftime lap dance? 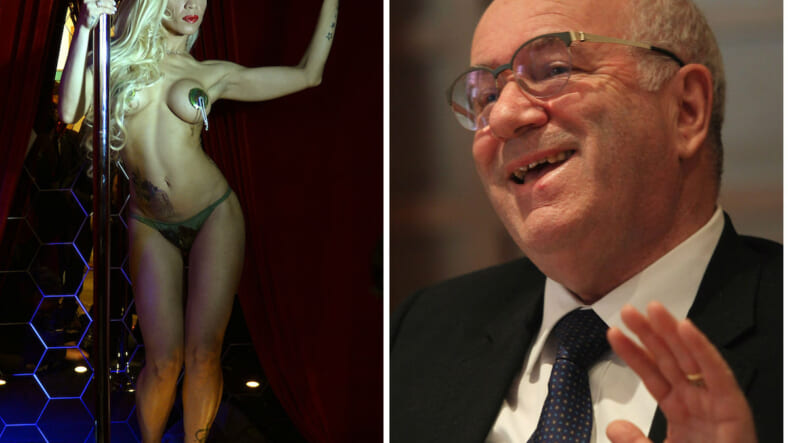 The 73-year-old recently suggested that arenas built to host soccer matches set aside a little space for horndogs like himself to party with strippers.

“There shouldn’t only be football in stadiums, there should also be pharmacies, cinemas, supermarkets — we need to have more social activities,” Tavecchio recently said. “There could even be lap dancing.”

Tavecchio’s suggestion came during a conversation about the sorry state of Italian soccer stadiums, which apparently are such dumps that no one wants to go to games anymore.

His controversial statements in the past include comparing African players to monkeys and referring to someone as a “lousy Jew.” He was also caught on tape saying this about homosexuals: “I have nothing against them, but keep them away from me. I am very normal.”