Jake Paul vs. Ben Askren Was a Pay-Per-View Knockout with More than 1 Million Buys and Counting 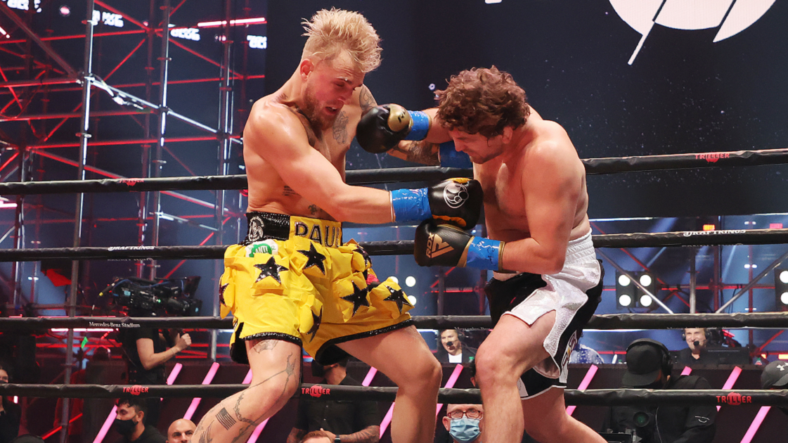 According to a report from MMA Fighting, the event has already registered north of 1 million pay-per-view sales, and that figure is expected to reach the 1.2 to 1.6 million range by the time the final numbers are tallied.

For context, January’s UFC 257 card, which was headlined by a rematch between MMA megastar Conor McGregor and top lightweight contender Dustin Poirier, sold 1.2 million pay-per-views in the United States and 1.6 internationally.

Much of the success of Triller’s latest fight card can be attributed to Paul, who has more than 20 subscribers followers on YouTube, and close to 15 million followers on Instagram.

Askren, the former Olympic wrestler who Paul knocked out with a first-round right hook, previously held titles in Bellator and ONE Championship and also fought in the UFC before he retired from MMA in 2019.

Paul, who is now 3-0, doesn’t yet have another fight booked, but has already made post-fight callouts of McGregor and the Irishman’s long-time rival, Nate Diaz. Whoever he ends up fighting, it’s likely to be another blockbuster.

Askren, on the other hand, is now 0-1 as a professional boxer, and is unlikely to compete in the squared circle again.