Jake Paul Claims He’s Retired From Boxing, But the Internet Isn’t Buying It 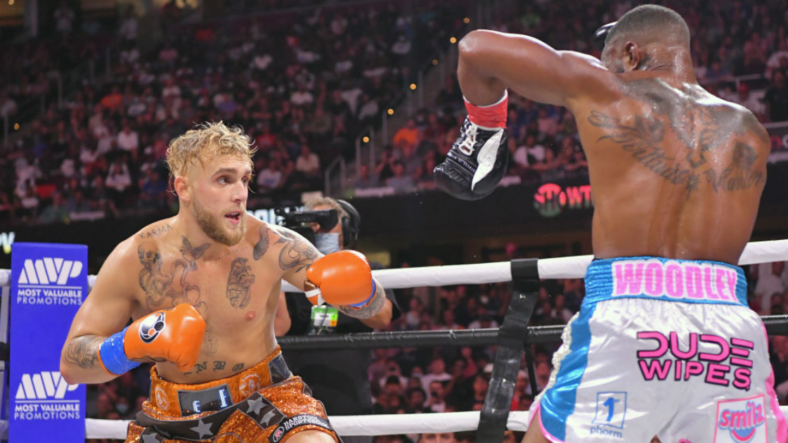 Following his victory over faded former UFC champion Tyron Woodley in an 8-round boxing match Sunday, Youtuber Jake Paul has supposedly announced his retirement from the ring on Twitter.

At 24, Paul is undefeated, 4-0. He could make the case for going out on top—if “on top” means winning four matches against opponents who were not actual boxers.

Paul’s opponents from his first match to what he has indicated was his last have been fellow Youtuber AnEsonGib, retired NBA player Nate Robinson, MMA fighter Ben Askren, and Woodley, his toughest test yet who previously was a UFC welterweight champion before retiring from MMA after a four-fight losing streak.

While Paul won his August 29th match by decision, he didn’t get out unscathed, with Woodley putting him on the ropes and connecting solidly more than once.

Still, while Jake Paul said immediately after the Woodley fight that he was just going to take some time away, it didn’t seem like he was quitting. As the New York Post notes, Paul “teased” a possible fight with former UFC double champion Conor McGregor and told MMA Junkie that he was moving “on the path to a lot bigger fights.”

“I’m salivating too,” Paul reportedly said, “because I’m just getting warmed up.”

Hey guys quick announcement, I’ve decided to retire from the sport formally known as “Mixed Martial Art” today.
I wish all my old colleagues well going forward in competition.
I now join my former partners on this venture, already in retirement.
Proper Pina Coladas on me fellas!

Considering McGregor has fake retired too, it’s easy to see why anyone paying attention to Paul’s moves might be VERY skeptical.

On Twitter, in particular, reactions to Paul’s announcement ranged from suspicious to pretty damn funny.

This man tasted the power of a pro fighter for the first time in his life and fucking dipped LMAO https://t.co/9ddlxe4BfR pic.twitter.com/8szDlmySrg

Same photo. #JakePaul just announced his retirement. Lol ….I may be crazy but I think this aided his decision making process 🤣 pic.twitter.com/xFKj13uq4q

The verdict here? Probably a joke.

After all, the reported purses for the Paul-Woodley match were in the millions. There are a ton of people with far less skill in combat sports than either Jake Paul or Tyron Woodley who would happily get punched in the face for a seven-figure payday.