Jake Paul Vs. Ben Askren: Who Ya Got?

Snoop Dogg, Justin Bieber, the Black Keys and Doja Cat are set to perform at the April 17 pay-per-view event. Vote now who will win the fight via Versusgame.com on your phone! 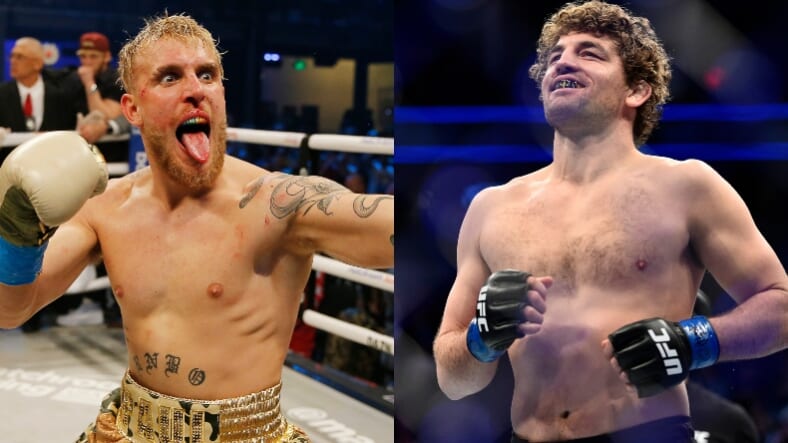 Go to versusgame.com on your phone to vote here on who will win the Jake Paul vs. Ben Askren fight on April 17!

Triller announced that there will be several major musical acts performing at the pay-per-view event, including Justin Bieber, Snoop Dogg, Doja Cat, The Black Keys, and Diplo, among others.

During the show, Snoop Dogg will also debut his old-school rap supergroup, Mt. Westmore, with Ice Cube, E-40, and Too $hort.

It's not just a fight… it’s an EVENT!💥 Check out the musical acts performing at @jakepaul vs. @Benaskren April 17. #TrillerFightClubhttps://t.co/rGKeLtixIf

“From The Black Keys to Justin Bieber, Diplo to Doja Cat, and a special segment by Snoop Dogg and the biggest legends in hip-hop, we have the wide-ranging lineup that will help break records for this four-quadrant PPV event on April 17th,” Triller co-founder Bobby Sarnevesht said in a press release.

“Triller has drawn from all its resources in the music world to deliver as epic a music event as ever there was.”

But who do you think will win the big fight? Go to versusgame.com on your phone to vote here on who will win the Jake Paul vs. Ben Askren fight on April 17!