The MVP candidate “didn’t like the attention” that came with dating a Kardashian. 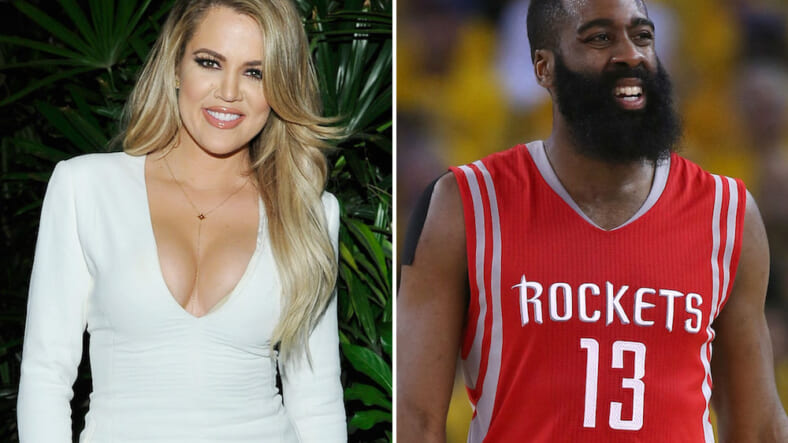 For as long as Khloe Kardashian has dated NBA players, she’s been blamed for hurting their on-court production. They call it a “curse,” and James Harden, one of the former subjects of that “curse,” just confirmed that it’s real. Not because of anything Kardashian does, but because of the attention she inevitably attracts.

Harden and Kardashian had a brief fling in 2015 and early 2016, all while Harden’s Rockets struggled to live up to lofty expectations. As he explained to Sports Illustrated this week, the attention that came with that relationship was partly to blame for last seasons’ struggles:

“I’m not worried about anything but hooping,” says Harden, 27, “and that may be why I’m having this kind of success.” The process of untangling a crowded life began a year ago, when he and Khloé broke up after an eight-month romance, which began with a meeting at Kanye West’s basketball-themed birthday party at Staples Center in June. Harden does not reference Khloé but reflects on the tabloid apparatus that accompanies her. “I didn’t like all the attention,” he says. “I feel like it was for no reason. I wasn’t getting anything out of it except my name out there and my face out there, and I don’t need that. It wasn’t uncomfortable, but it wasn’t me. I don’t need pictures of myself when I’m driving my car. Who cares? What shoes am I wearing? Who cares? Where am I eating? Who cares? It was unnecessary stuff that I think trickled down to my teammates. I had to eliminate that.”

Now that Harden is free of that unwanted attention that slowed him down last year, he’s having a career season. At age 27, the bearded wonder is averaging career highs in points-per-game (28.4), assists-per-game (11.2) and rebounds-per-game (8). More importantly, his Rockets are third in the West and shouldn’t have to play the team that sent them packing last year—the Warriors—until the Western Conference Finals.

And now, please enjoy some of Khloe’s recent Instas, just to help understand what else might have gotten him distracted: