Wrestling Legend Jim ‘The Anvil’ Neidhart, Founding Member of the Hart Foundation, Is Dead at 63

He is survived by his daughter, former WWE Divas Champion Natalya. 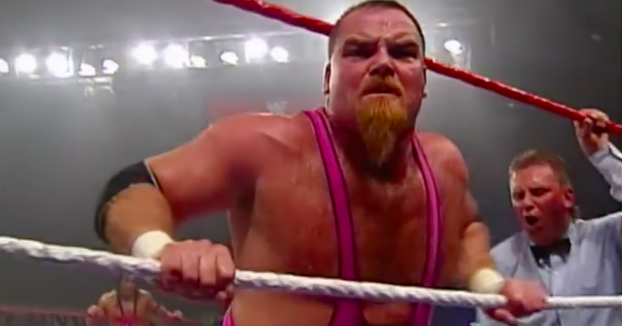 Jim “The Anvil” Neidhart, former WWF legend, founding member of The Hart Foundation and father to current WWE Superstar Natalya, passed away on Monday morning at the age of 63.

The news was confirmed by WWE, and reactions started pouring in immediately.

Stunned and saddened. I just don’t have the words right now. pic.twitter.com/fcO8Skuuhz

Jim Neidhart was a big part of my love for professional wrestling growing up. He was the perfect high energy powerhouse to back up the technical prowess of Bret Hart as one half of the Hart Foundation and it's incredibly sad to hear of his passing. RIP. pic.twitter.com/SUf4Vs0MaG

Here’s a bit of background on the icon from WWE.

Neidhart began his ring career after playing professional football with the Oakland Raiders and Dallas Cowboys. He was trained by WWE Hall of Famer Stu Hart in the infamous Hart Dungeon in Calgary, Alberta, Canada, and earned his ring nickname, The Anvil, after winning an anvil throwing contest.

Initially, Neidhart and Hart were managed by Jimmy Hart as The Hart Foundation and went on to win two WWE World Tag Team Championships.

After several years of teaming with Bret’s younger brother, Owen Hart, and some singles competition, The Hart Foundation was re-formed in controversial fashion in 1997. Consisting of Neidhart, Bret, Owen, Smith and Brian Pillman, the pro-Canadian faction stirred United States crowds into a frenzy with their anti-American sermons.

Neidhart last competed in WWE in 1997 but his legacy lives on today through his daughter, Natalya, who displays her father’s signature charisma and toughness every time she steps in the ring.

Below, some of his greatest moments, as collected by Uproxx: