After Thirsting for Years, Joel Embiid Tells Rihanna He’s Moving On ‘To the Next One’

She told him to get at her when he became an All-Star, but now that he is, “The Process” isn’t interested. 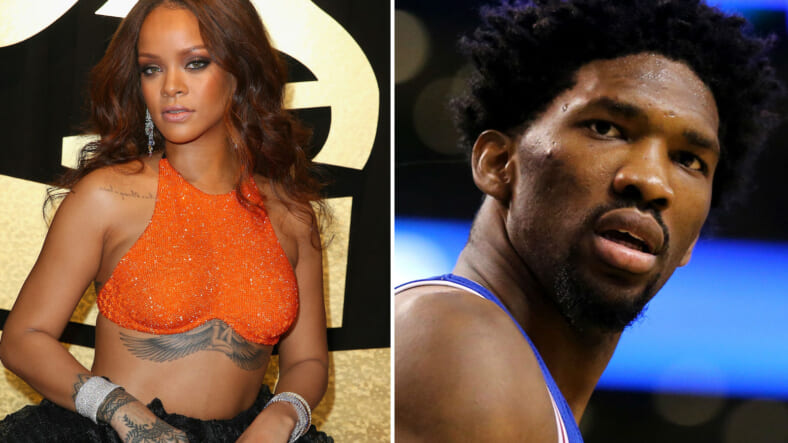 The 23-year-old is one of the most likable players in the NBA, and he’s consistently proving why on twitter, where one of his favorite topics over the years has been his lust for Rihanna.

Had a great dream about Rihanna last night NO LIES!!!!!

A few months later, without mentioning her by name, Embiid revealed in that Rihanna told him to “Come back when you’re a All-Star.”

This is the truth… I was trying to get with this famous girl and she said " Come back when you're a All Star" bruhh pic.twitter.com/CFBnRqnKMA

Now Embiid is an All-Star, averaging 24 points and 11 rebounds while leading the Sixers to a respectable 21-20 record. If the season ended today, Philly would be in the playoffs, which seemed a far off fantasy when Embiid was drafted in 2014.

On Thursday, he celebrated his first All-Star nod with a monster game against the Celtics. Afterward, NBA on TNT’s Kristen Ledlow brought up the woman he’s been trying to lock down since he was playing in Lawrence, Kansas, and Embiid shocked the world.

After getting rejected so many times, it’s hard to blame Embiid for moving on. But then again, if Rihanna is really interested now that he’s an All-Star, he might want to put his pride aside.