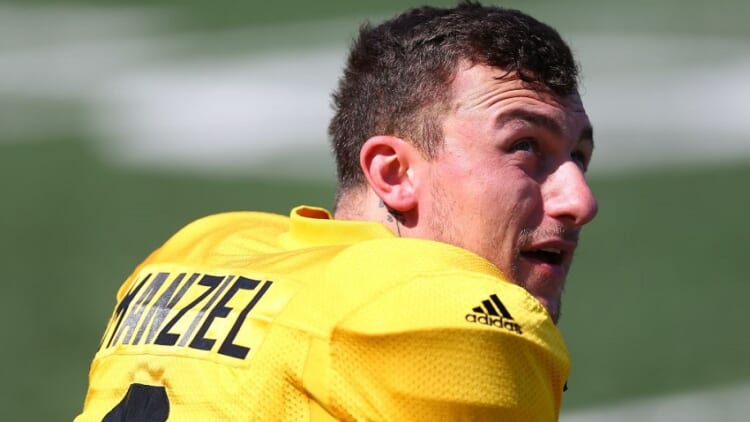 Johnny Football is back at it north of the border. The ex-NFL QB debuted in a pre-season game with the Canadian Football League’s Hamilton Tiger-Cats Friday. After all the shenanigans that torpedoed his career in the US, he didn’t do too bad.

Manziel threw 11 passes and completed 9 for a total of 80 yards. Good effort, but his team lost to the Toronto Argonauts, 36-18. Below are some highlights from the game.

While Manziel’s leadership didn’t culminate in, you know, points on the scoreboard, he hung in there for 23 plays, and those pass completion numbers weren’t half-bad.

He’s still Johnny Football—time off from the game and a move to another league in another country didn’t really alter the way he approaches the game, as is evident in the play below.

Johnny Manziel certainly didn’t embarrass himself in this debut, but that doesn’t mean he’ll be the starting QB. His coach June Jones said so, according to TMZ.

Manziel had some complaints himself, including the level of trash talk from the Argonauts.

Who knew? Canadians are stereotyped as polite and soft-spoken. Maybe Johnny Football was a little shocked that Canucks accustomed to crashing into each other on the gridiron weren’t quite so nice.