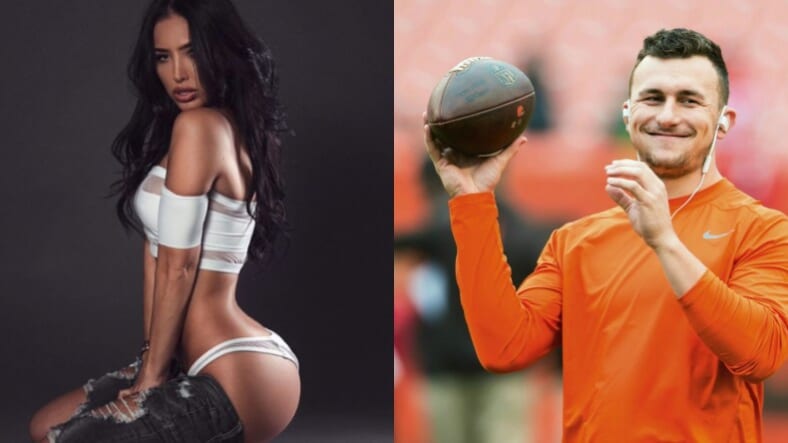 The troubled former Cleveland Browns quarterback recently revealed that he’s been diagnosed with bipolar disorder, and credits Tiesi with helping him turn his life around after years of hard partying.

With a gorgeous new wife by his side, Manziel is doing everything he can to earn a second chance in the NFL.

The 25-year-old has been training like crazy in preparation for a pair of exhibition games at the Texas-based Spring League in April.

Crazy as it sounds, many think that the event could lead to a big offer. During a recent segment on “Good Morning Football,” former NFL receiver Nate Burleson outlined why the New England Patriots might sign Manziel.

“…There’s a competition that he would be confident in going into, and that’s the second-string position, which is [Patriots quarterback] Brian Hoyer.

“Brian Hoyer (and) Johnny Manziel both played together (with the Cleveland Browns), so that second-string competition will be as high as ever, and it also would be like a memory for both of them and the best man will prevail.”

I’ll play again for FREE. It’s not about the money it’s about getting back to doing what I miss and love.

He really is looking more and more like a new man. The guy even got some new ink, which he displayed on his Instagram story with the caption, “Only the beginning.”

If he does make it on to an NFL team, it’ll be a comeback story for the ages.