Bones is back. And he wants Daniel Cormier next. 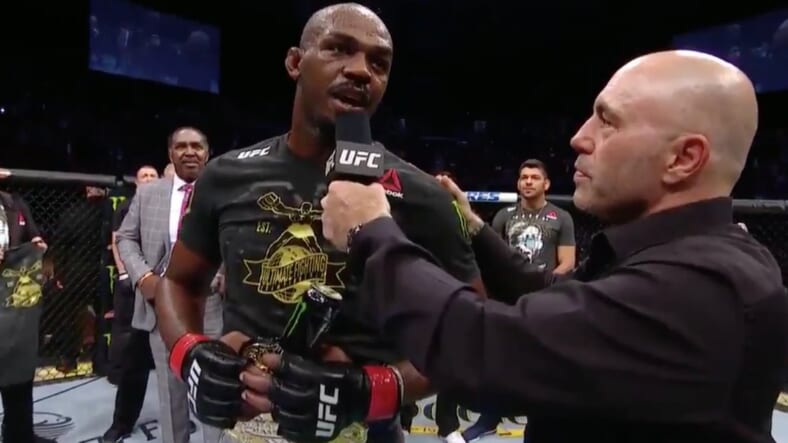 Jon “Bones” Jones made a triumphant return to the Octagon at UFC 232 when he stopped Alexander Gustafsson to regain the undisputed UFC lightweight championship on Saturday night.

Jones had Gustafson, who gave him his toughest fight back in 2013, on his back before unleashing a hail of punches that caused the referee to stop the match.

“I really think our team is the most dangerous, especially when we get a rematch,” Jones told Joe Rogan in the Octagon afterwards.

He also called out his UFC light heavyweight arch-rival Daniel Cormier, who had given up the belt the two fought for.

The UFC commentators seemed to agree for a third fight between the two rivals.

“It is the only fight that makes sense for John at this point in his career,” Rogan said, who suggested the two square off in the heavyweight division.

Earlier in the evening, Amanda Nunes shocked the MMA world when she destroyed the feared Cris Cyborg in the first round to become the first woman to hold two UFC championship belts at the same time.