Jose Canseco Went on a Rant About PED Users in the Hall of Fame, and He’s Right 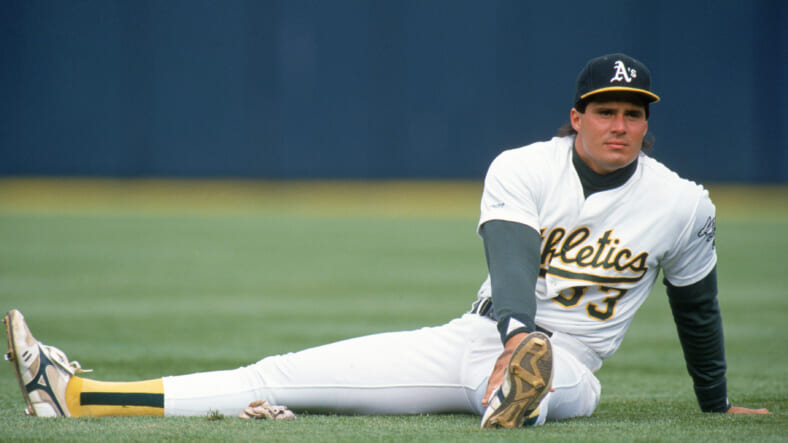 Jeff Bagwell, Ivan “Pudge” Rodriguez and Tim Raines, three baseball greats, became baseball immortals Wednesday when they were voted into the National Baseball Hall of Fame. Not everyone was celebrating, however.

Former MLB slugger and eccentric juice box Jose Canseco went on a Twitter tirade upon learning that Bagwell will get a plaque in Cooperstown.

Ultimately, Canseco is right, even if his argument is inartful. Bonds, McGwire, Palermo and (maybe) Sosa should be in the Hall of Fame. The only thing holding them back is the black mark of PED use. By now we know that this alone is a terrible reason for denying someone entry into Cooperstown. Just as players from the ’60s and ’70s weren’t denied for amphetamine abuse and players from the ’20s and ’30s weren’t denied for playing against sandlot-level talent, players from the ’90s and ’00s should not be denied for rubbing a little cream on their ass or shoving a needle into their thigh. If Bud Selig, the man who made the steroid era possible, can be in the Hall, so too can the era’s best players.

The only problem with Canseco’s rant is the attempt to smear Bagwell. The longtime Astros first baseman never tested positive for a banned substance and was not mentioned in the notorious Mitchell Report, or any other reports of players who tested positive. Sure, he looked like the Hulk’s country cousin, but the lack of evidence linking him to PEDs stands in contrast to all the players Canseco mentioned in his tweets.

Angry as Canseco was in his Twitter tirade, there’s actually good reason for him to be happy today. The most prominent players excluded from the Hall because of PEDs are slowly inching their way toward the 75% vote threshold needed for induction. This year Bonds got 53.8% of the vote, up from last year’s 44.3%, while Clemens got 54.1%, up from 45.2% last year. They’re on the path to Cooperstown and once they’re in, the floodgates should open.