The troubled Browns wide out spills his guts before his long-awaited return to the NFL. 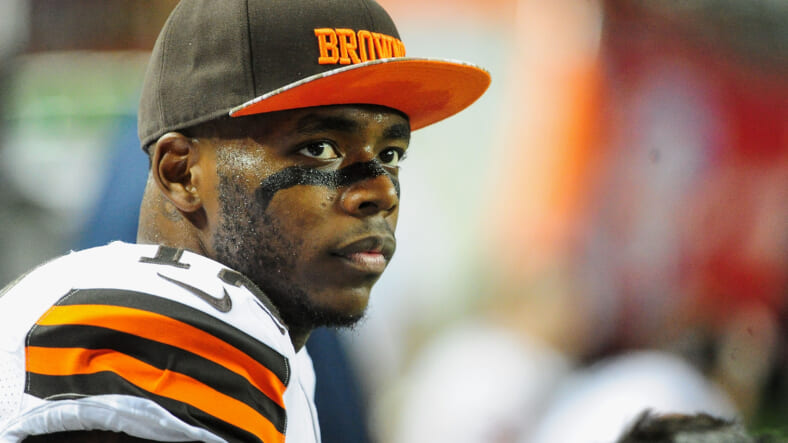 Josh Gordon has played in 35 NFL games. Before that, he played in 17 college games. That’s 52 games at the most competitive levels of football, and for every single one of them Gordon was as high as a kite.

The Cleveland Browns receiver, who was reinstated last week after nearly three years away from the NFL, recently opened up to GQ about the substance abuse issues that threatened to derail his career. “Every game. Probably every game of my career,” he said when asked how often he engaged in what his called his “ritual.”

I used to make a ritual of it before every game. If I had already been drug tested that week, or the day before the game, I knew I had a couple days to buy to clean my system. Even before I was getting tested for alcohol, prior to my DWI in 2014, I would take the biggest bong rip I could. And try to conceal all the smell off all my clothes. I’d be dressed up to go to the game. A bunch of guys smoke weed before the game. But we’re not talking about them.

I would have these little pre-made shots. I used to love Grand Marnier. I could drink it down smooth. I could usually drink a lot of it. But if it wasn’t that, it might be a whiskey or something. And I would drink probably like half a glass, or a couple shots to try and warm my system up, basically. To get the motor running. That’s what I would do for games.

Gordon revealed in the interview that he began getting high in middle school, using Xanax, weed and codeine “to help numb those nerves so you can just function every day.”

That self-medication got worse as he got older, Gordon says. And it soon gave way to recklessness. By 2016, he looked like he was joining his friend Johnny Manziel on the scrap heap of NFL players who never realized their potential.

Each time he tried to get sober, it never stuck. Gordon says that’s because he was doing it for the wrong reasons. “It’d be a publicity stunt; it’d be for somebody else; it’d be for the coach, or whomever thought it was in my best interest to try to do that. Last time, I wanted to do it to save my career. Just for the job,” he said.

The Browns are hoping he’s serious. Four years ago, Gordon was the team’s best player, pulling in 87 catches for 1,646 yards and nine touchdowns. And they have to be asking themselves: If he was that good stoned, how good will he be sober?