Looks like “Business is boomin” for the defending Super Bowl champions. 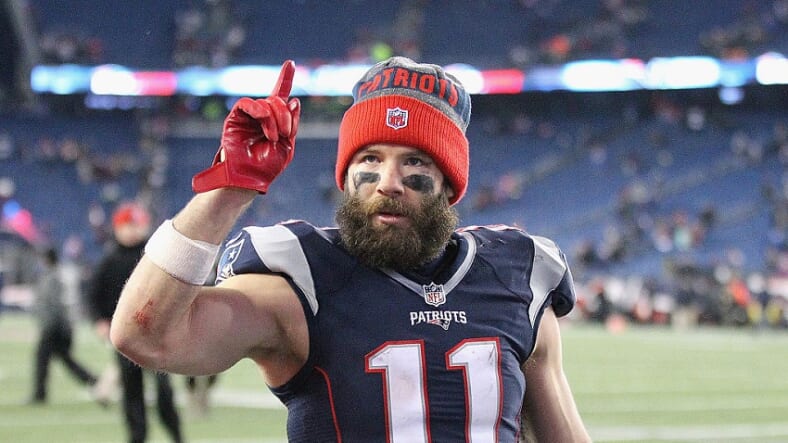 The New England Patriots just got even more dominant with the surprise signing of troubled-but-wildly talented wide receiver Antonio Brown, and fellow receiver Julian Edelman sure seems pretty psyched about it.

Once the news broke on Saturday that Brown would join the defending Super Bowl champions, Edelman shared his thoughts on Twitter, even utilizing Brown’s favorite phrase “Business is boomin.”

Brown joining the Pats should make “America’s Team” even more formidable this season.

Antonio Brown and the Patriots agreed to a one-year, $15 million contract Saturday, according to ESPN, just hours after the Raiders cut the 31-year-old superstar wide receiver.

Brown — who won’t be permitted to play in the Pats’ Week 1 matchup against the Steelers — was eligible to sign anywhere as of 4 p.m. ET. Brown confirmed the shock signing, which includes a $9 million signing bonus, by sharing a Photoshop illustration of him in a Patriots jersey, seen in the tweet above.

Brown, a seven-time Pro Bowler, will be joining his third team in six months. He split with Pittsburgh in March, clashed with the Raiders over the last few weeks before surrendering $29 million in guaranteed money–in a disastrous tenure that spanned being fined for missed practices, a prolonged helmet dispute, and a bitter verbal clash with Raiders GM Mike Mayock–and is now on his way to join Edelman, Tom Brady and the gang.

As for Brady, it sounds like he’s pretty stoked about the prospect.