And yes, there’s video of those half-naked women. 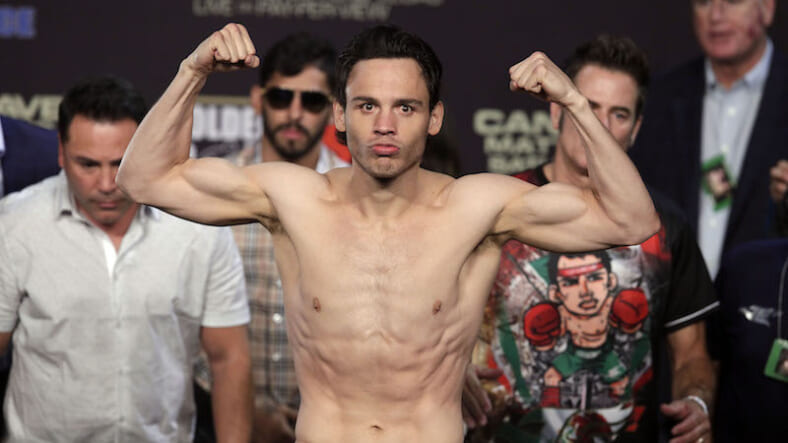 A couple days after Canelo Alvarez knocked him around for 12 rounds, Julio César Chávez Jr. was still in Vegas licking his wounds. The last thing he expected was to take another loss in the MGM grand, but that’s just what happened two nights later.

As his wife told ESPN, Chávez Jr. had a $40,000 watch stolen after spending a wild night in his hotel room with a British guy and some half naked women with butts like this.

Chávez Jr.’s wife Frida said that she and her husband met the man and his comely companions at a hotel bar. Everyone except Frida went up to a hotel room to party some more, and the next morning Chávez Jr. awoke with his phone and a $40,000 watch missing. Frida said that the women swiped her husband’s $3 million fight check too, but it was later found in the hotel room.

What makes this story a bit more titillating than most Vegas heists is the video that has emerged of Chávez Jr. in his hotel room with the alleged thieves.

How Chavez Jr. wallows in self-pity after the Canelo loss 😎 pic.twitter.com/VtrZfsTab6

Surprisingly, Frida is still going to bat for her husband after seeing this video. She blamed his behavior on his drinking too much and said the people in the video were trapping him. She also suggested that he might have been drugged and that the women in the video slipped something into his drink.

That definitely could be what happened, or her husband might have been willingly getting massaged by women with nice butts. We’ll go with the latter.